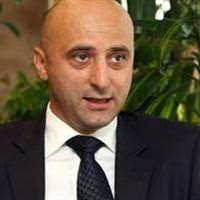 "We have redesigned an ex ante risk based premium system," TMSF president Sakir Ercan Gul said. Speaking at the Istanbul Finance Summit conference, Gul said the changes were being made to enhance financial stability.

He said TMSF has a fund in the banking sector of $5.5 billion, 70 percent of which is composed of government bonds.

In order to encourage long term deposits, the TMSF has also developed a new premium system, categorising banks by size, with one group paying an additional premium of 0.02 percent and the second paying 0.01 percent. Gul added that no more than 10 banks will be required to pay an additional premium.

"We believe the current insurance limit of 50,000 lira is enough for now. However, we are prepared to fund an amount higher then this," Gul said.