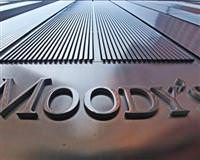 Moody's lowered its rating on Italy's bonds by three notches on Tuesday, saying it saw a "material increase" in funding risks for euro zone countries with high levels of debt and warning that further downgrades were possible.

The agency downgraded Italy to A2 from Aa2, a lower rating than it holds on Estonia and on a par with Malta and kept a negative outlook on the rating.

The euro pared gains against the dollar and Japanese yen immediately following the announcement which comes after Moody's rival Standard and Poor's cut its rating on Italy by one notch to A/A-1 on September 19.

The cuts underline growing investor concern about the euro zone's third largest economy, which is now firmly at the center of the debt crisis and dependent on help from the European Central Bank to keep its borrowing costs under control.

"The negative outlook reflects ongoing economic and financial risks in Italy and in the euro area," Moody's said in a statement.

"The uncertain market environment and the risk of further deterioration in investor sentiment could constrain the country's access to the public debt markets," it said.

It added that Italy's rating could "transition to substantially lower rating levels" if there were long term uncertainty over the availability of external sources of liquidity support.

Moody's decision came as little surprise after the agency said on September 17 that it would finish a review for possible downgrade of its rating on Italy within a month.

But it highlights the growing vulnerability of the euro zone, which is already struggling to contain the crisis in the far smaller Greek economy and which would be overwhelmed by a crisis of a similar scale in Italy.

"It's not that unexpected but it doesn't help the situation at all," said Robbert Van Batenburg, Head of Equity Research at Louis Capital in New York.

"They have already traded as if there was somewhat of a downgrade in the works, so it will probably force Italian policymakers to embark on more austerity programs. It will put another fiscal strait-jacket on them."

Moody's said the likelihood of a default by Italy was "remote" but it said the overall shift in sentiment on the euro area funding market implied a greater vulnerability to a loss of market access at affordable rates.

Italy's relatively modest budget deficit, conservative financial system and high level of private savings had kept it on the sidelines of the euro zone crisis while countries like Greece and Ireland were sucked down.

"Italy is being punished not because its finances suddenly deteriorated, but because investors have become more sensitive to its long-standing weaknesses," said Nicholas Spiro, managing director of Spiro Sovereign Strategy in London.

He said markets appeared to be focusing on the weakened center-right government's lack of progress in stimulating the stagnant economy, which many analysts expect to stall or even slip into recession next year.

"The bond markets are more concerned about Italy's ability to grow than its commitment to reducing a fiscal deficit that is already one of the smallest in the euro zone," he said.

Prime Minister Silvio Berlusconi shrugged off the downgrade immediately, saying the Moody's announcement had been expected and the government was committed to its public finance target, which sees the budget being balanced by 2013.

The government last month pushed through a 60 billion euro austerity package -- bringing forward its original balanced budget target by one year -- in return for support for its battered government bonds from the ECB.

Berlusconi's center-right coalition has been deeply divided over policy and personal issues and further distracted by an array of scandals surrounding the prime minister.

Opposition leaders have called repeatedly for the government to resign over its handling of the economy and there is widespread speculation that Berlusconi could be forced out of office before his term expires in 2013.

Italy's borrowing costs have soared over the past three months and have only been kept under control by the ECB support but in recent weeks they have begin to climb back to potentially dangerous levels.

An auction of long term bonds last month saw yields on 10 year BTPs rise to 5.86 percent, their highest level since the introduction of the euro more than a decade ago.

The center-right government has been under heavy pressure over its handling of the escalating crisis and recently cut its growth forecasts through 2013.

It is now expecting the economy to expand by just 0.6 percent next year, down from a previous projection of 1.3 percent.