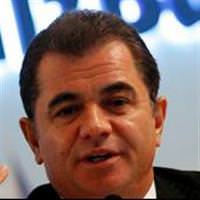 Within one weeks’ time four banks have expressed interest in purchasing Denizbank.

Increasing demand continues for Denizbank, which the French-Belgium joint banking group Dexia is faced with having to sell due to difficult times.
According to news released by Habertürk, Ernst & Young's Corporate Financing Department Chair Müşfik Cantekinler stated that within the past week four banks have submitted applications for Denizbank and added that foreign interest in Turkey is on the rise.
According to the article, as well as from information circling the sector, one of the aforementioned banks is Sberbank, out of the three remaining banks interested has 300-400 branches and has intentions of increasing shares in Turkey; the other two banks supposedly do not have operations at present in Turkey nor Europe.