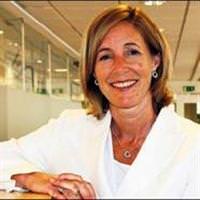 The Turkish Capital Markets Board decision to raise the number of independent members on company boards as positive for Turkcell, Teliasonera senior vice president and head of group communications Cecilia Edstrom told Reuters.

Edstrom was speaking ahead of an extraordinary general meeting of Turkcell, Turkey's biggest cell network operator, aimed at resolving a battle between the Turkish, Swedish and Russian shareholders for control of the board. The regulator's decision on independent board members was announced in the Official Gazette on Tuesday.

Turkcell shares rose in excess of 6 percent ahead of the EGM and were up 4.9 percent at 1218 GMT on hopes that the dividend will be approved at Wednesday's meeting.