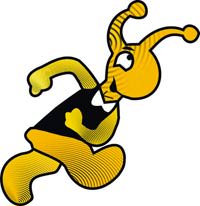 The lack of progress on the issues at the EGM, which ended late on Wednesday, left unresolved a festering dispute over corporate governance between the Swedish, Russian and Turkish partners.

The bid to change the board did not comply with a Capital Markets Board decision, taken on the eve of the EGM, raising the number of independent members on company boards, Turkcell said in a statement.

"The shareholders, who were present, expressed the wish that the board of directors implement the legislation, dated October 11, 2011 with regards to corporate governance principles as soon as possible," it said.

Shares in Turkcell closed 4.6 percent higher on Wednesday on what turned out to be misplaced hopes that the dividend would be approved.

The balance sheet and profit and loss statements relating to fiscal year 2010 were not approved at the meeting, it added.

Turkcell has for years been riven by courtroom and boardroom struggles between its partners.

Last year, TeliaSonera and Russia's Altimo forced Mehmet Emin Karamehmet, chairman of Turkey's Cukurova Group, to stand down as chairman of Turkcell, the company he founded in 1994, and they are now trying to oust his replacement and change the board structure.

The three partners each have two seats on Turkcell's seven-member board. Chairman Colin Williams is the designated independent board member, but TeliaSonera and Altimo want him replaced as they say he sides with Cukurova.

TeliaSonera has the largest direct and indirect stake in Turkcell, with a 37 percent share.

Altimo, the telecoms arm of Russia's Alfa Group, has an indirect stake of 13.22 percent.

While Cukurova owns just 14 percent of Turkcell, its stake carries controlling rights because of the management structure.