A Turk who paves the way for Americans 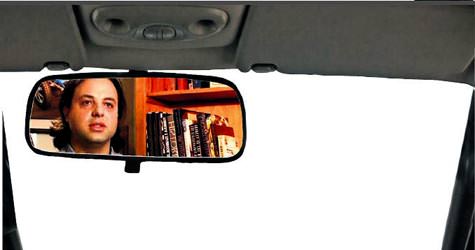 A Turk advises consumers at the world’s largest second-hand automobile market located in the United States. American’s tend to refrain from purchasing vehicles before getting advice from Cüneyt Toprak.

The United States houses the largest second-hand automotive market, which conducts approximately 15 million new car sales and 40 million second hand sales annually. It is a Turk however that millions of Americans consult with before purchasing vehicles and whose reviews of vehicles they follow. His name is Cüneyt Toprak or to Americans Jesse Toprak. Arriving to the United States when he was just 21, today Toprak is one of America's most revered analysts.
HE STARTED OFF AT AN AUTO GALLERY
Born in Istanbul in 1972, Toprak studied at the Üsküdar Trade Vocational High School and then went on to study English International Relations at Marmara University. Toprak first went to the United States as part of an exchange program for his senior year in college. From Beloit College, he went on to Northern Illinois University where he received an MBA. Toprak then began working at an automobile gallery in order to make some money. Within seven years he worked in a number of automotive agencies in Wisconsin and Illinois and went on from being a finance manager to general manager and later Toprak accepted a job offer at the California-based Edmunds.com.
SUCCESS AT EDMUNDS.COM
Toprak went on to head the True Market Value Department which provides recommendations to consumers on automotive purchases. Over the next nine years, Toprak was extremely successful and Edmunds.com rapidly expanded. The company increased their number of staff by four times and the firm became a website that 80 percent of American consumers visit before purchasing vehicles.

A TEMPORARY JOB TURNED PERMANENT
Toprak had never thought he would make a career in the automotive sector when he first took on what he thought was a temporary job, however in just a few year's time it became his full-on career. Toprak is now the Vice-President of TrueCar Industry Trends and provides analysis in newspapers, magazines and on radio and television stations. He can be seen on such television stations as Bloomberg and CNBC practically every week, and it's also possible to see his written reviews published in leading written media outlets such as The Wall Street Journal and Business Week. In short, American car-lovers purchase vehicles according to Toprak's analysis.
AMERICA'S ANALYST OF THE DECADE
Transferring to TrueCar after his nine-year adventure with Edmunds.com, Toprak has become the most sought after advisor and quoted automotive analyst in the U.S. Toprak has served as TrueCar's Vice-President for approximately three years now.