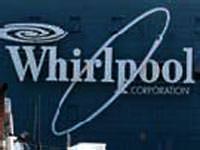 The world's two top appliance makers are planning large rounds of cost-cutting, including thousands of job cuts, as recession-weary shoppers have held off on buying refrigerators, washing machines and other costly items.

Whirlpool Corp, which has weathered a long U.S. housing slump, said it would cut some 5,000 jobs -- a tenth of its workforce in North America and Europe -- closing a plant in Arkansas, moving another from Germany to Poland and reducing overall manufacturing capacity by about 6 million appliances.

Its main rival AB Electrolux said it would detail its cost-cutting measures by the middle of next month.

The ongoing U.S. housing slump, along with stubbornly high unemployment, is crimping demand for appliances, air conditioners and other home systems.

"They're playing a tough hand," Jeffrey Sprague, founder of Vertical Research, said. "The market continues to erode (and) the entire industry is in a tight squeeze here."

The trend hitting Whirlpool and Electrolux has played out in other pockets of the industrial sector. Air conditioner maker Ingersoll Rand Plc earlier this month reported a 63 percent drop in profit that it blamed on depressed housing.

3M Co earlier in the week disappointed analysts by missing expectations due to continued malaise in television demand and troubles in Europe.

Both Whirlpool, the world's largest appliance maker, and No. 2 Electrolux reported weaker quarterly profits and cut their full-year forecasts, warning that demand in North America and Europe will be weaker than expected.

"Given the weaker demand environment in the U.S. and western Europe, we adjust capacity and our overhead costs," Electrolux Chief Executive Keith McLoughlin told Reuters.

Not all industrial companies are feeling pain.

More diversified players, including United Technologies Corp, General Electric Co and Caterpillar Inc, reported healthy profit growth and optimistic forecasts. Their strength is due in part to strong demand from rapidly developing economies, including China, India, Russia and Brazil, and exposure to sectors that don't directly face consumers, such as mining and aerospace.

Whirlpool and Electrolux have been cutting costs and shifting business to emerging markets, but Whirlpool now expects growth in Asia and Latin America to slow, too.

"Our results were negatively impacted by recessionary demand levels in developed countries, a slowdown in emerging markets and high levels of inflation in material costs," Whirlpool Chief Executive Jeff Fettig said in a statement.

Shares in Whirlpool, already down by more than a third this year, slumped 13.6 percent on the New York Stock Exchange.

Sprague, of Vertical Research said that "it's quite possible (Whirlpool's moves) are not enough." He said Whirlpool's margins, like those of the entire sector, will be under severe pressure until at least 2013, and even then the extent of recovery is uncertain.

Particularly troubling trends for Sprague include Whirlpool's difficulty generating cash flow, and the shifting market in Brazil, which represents a major chunk of Whirlpool's business. He said the Brazil market, where Whirlpool has enjoyed a secure position, is beginning to open to new competition that could spark a price war.

Electrolux shares, also down by around a third since January, gained 7 percent in Stockholm, amid some investor relief that the drop in quarterly earnings was not as bad as expected.

Whirlpool's third-quarter adjusted profit was $2.35 a share, below the average analyst forecast for $2.68 a share, according to Thomson Reuters I/B/E/S.

The company will take a restructuring charge of about $500 million from the next quarter through 2013 related to the cost-cutting moves, which will remove $400 million from annual costs by end-2013.

Two years ago, Whirlpool closed its manufacturing facility in Evansville, Indiana, with the loss of about 1,100 jobs.

Electrolux, whose brands also include Frigidaire and AEG, reported third-quarter adjusted operating profit of 1.10 billion Swedish crowns ($173 million) versus a 1.06 billion crown mean forecast in a Reuters poll and 1.98 billion crowns a year before.