Items on the shelf to receive virtual identification 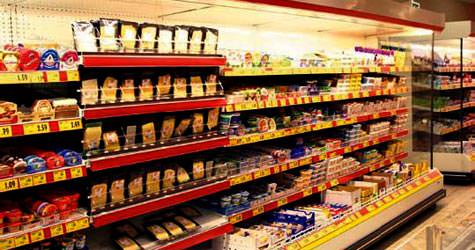 Announcing plans to initiate a new era in food safety, Mehdi Eker, Minister of Food, Agriculture and Husbandry states, “we will be able to track where each item in a store was made and how with the single press of a button.”

Minister of Food, Agriculture and Husbandry Mehdi Eker paid a visit to SABAH's Ankara bureau and released information on a number of new projects in the works. Noting that Turkey will soon one hundred percent match the EU's food safety standards, Eker stated, "On December 13th, 30 regulations will be released within the framework of the 5996 article Veterinary Services, Plant Health and Food and Feed Regulations. As a result, Turkey's standards will become one hundred percent in accordance to all of the EU's food safety policies. Accordingly, Bursa's food safety will be subjected to the exact same standards as in Brussels." Eker also explained that there will be a tracking system implemented for products placed on market shelves and went on to discuss the following regarding a number of new projects:
"We will be executing a system which will track the origins of products on market shelves, beginning with where they were produced and spanning back to their crude product. We began this procedure with eggs. With the single push of a button we are able to track which district of which city and under what conditions the eggs were produced from the barcode placed on each egg.
When the code is released, all businesses that produce animal products will be required to receive approval. They will need to receive approval from the ministry prior to their establishment. If they do not fit the criteria of the legislation, then their operations may be halted. The reason being is these products carry the highest risk of exposing people to disease."

75 CHEMICAL PESTICIDES PROHIBITED
Eker also noted that they will be implementing a retroactive tracking system for fruits and vegetables and stated, "We have brought on the requirement of prescriptions for agricultural pesticides. In addition, we have prohibited the use in Turkey of 75 chemical pesticides which have been categorized globally as being risky."
Meanwhile, Eker also underlined the fact that there will never be GDO production in Turkey and stated, "I personally added this decree. Scientific studies are also under control. We will never allow for the genes of agricultural products to be destroyed. In the past, the entry of GDO products was subject to declaration. If the man said, "they are not GDO" then we were obligated to let the product pass through customs. Now, we have even stricter regulations than the EU. Therefore, as you can see, my strict stance on GDO is evident."

FEED AID FOR VAN
The Ministry of Food, Agriculture and Husbandry has not only begun offering support to those citizens who lost their animals in the quake, but will now also begin helping provide feed for earthquake victims. Starting in December, 400 lira will be given for cattle and 60 lira for small cattle as monthly support for animal feed.