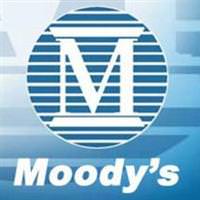 The downgrades were driven by the increasing difficulties the banks were having in raising funding and the worsening economic outlook, Moody's said.

The downgrade nevertheless comes at a sensitive time for the banks, which have seen their shares pummeled and when they have been forced to cut their outstanding loans and potential risk as available short-term funding has evaporated.

Socgen said in a statement it was surprised by the decision and challenged the ratings agency's reasoning, adding that its third-quarter results had shown its "capacity to adjust rapidly its management of short and long-term funding needs in the current unfavorable market environment".

In addition, its exposure to crisis-hit nations such as Greece, Italy and Spain was "modest and manageable," the bank said. BNP Paribas and Credit Agricole could not immediately be reached for comment.

BNP and Socgen's shares both dipped close to 4 percent at the market open but recovered to trade up 1.1 percent and 0.8 percent respectively by 1027 GMT as investors weighed the downgrades against steps to boost European banks' liquidity announced by the European Central Bank on Thursday.

"The ECB's three year refinancing is good news for the banks since it reduces the risk of a breakdown in the sector," said Romain Burnand, co-founder of Moneta Asset Management. "That offsets the disappointment some investors are feeling about progress in the European summit talks."

All three banks have seen their access to short-term funding sharply curtailed this year as U.S. money market funds stopped buying French banks' debt because of fears about their exposure to euro zone sovereign debt. The sector as a whole has increasingly traded in line with broader optimism or pessimism about potential solutions to the regional debt crisis.

But in a glimmer of good news for the French banks, the EBA said they needed to find 7.3 billion euros ($9.7 billion) in fresh capital by mid-2012, lower than a previous estimate of 8.8 billion euros.

Moody's said its ratings did take into account the fact that all three French banks were likely to benefit from state support if the crisis deepened.

"Liquidity and funding conditions have deteriorated significantly for," said Moody's, adding that the banks have historically relied on wholesale funding markets.

"The probability that the banks will face further funding pressures has risen in line with the worsening European debt crisis."

All three of the banks have undertaken programs to sell assets to reduce their outside funding needs, but Moody's said that since many European banks were doing the same thing such asset sales might not generate as much money as the banks hoped.

MANAGING ITS WAY THROUGH?

BNP has said that it has already raised 8 billion euros ($10.65 billion) towards its 2012 medium-to-long-term funding requirements and still needs to raise another 20 billion.

BNP Chairman Baudouin Prot reiterated in an interview with the Frankfurter Allgemeine Zeitung that France's largest bank, was managing its way through a situation in which dollar funding has become much harder to access.

"We are finding the means without having to turn to the ECB or the Fed," he was quoted as saying.

Asked why BNP doesn't make more use of the ECB, Prot said: "It generally has a certain stigmatization attached to it. It could give the impression that there is no alternative."

SocGen said last month that its medium/short-term issuance for 2012 had been set at between 10 and 15 billion euros, roughly half its 2011 bond sale total.

The Moody's downgrade comes shortly after Standard & Poor's placed its ratings on BNP, Credit Agricole, and Societe Generale on "credit watch with negative implications" on December 7.

S&P had earlier put a series of European states, including France, on watch negative over fears that political leaders were not moving decisively enough to curb the deepening sovereign debt crisis.

The Moody's one-notch downgrade still leaves the top French banks' ratings on roughly the same level as their European peers. Both BNP and Credit Agricole's long-term debt and deposit ratings are now at Aa3, the same as banks like Deutsche Bank and Spain's BBVA.