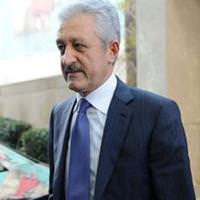 The Aydınlar family will cut its stake in hospital operator Acibadem, joining other shareholder Abraaj Capital, through a sale to Malaysia's Integrated Healthcare Holdings (IHH), according to the Turkish anti-trust board web site.

The move will see the Aydınlar family's stake reduced to 25 percent. The family had a 46 percent before the deal, according to the web site of the Istanbul Stock Exchange.
The parties applied to Turkey's anti-trust board for approval of the share transfer and sale in Acibadem. Acibadem said in September that it had signed a non-binding preliminary agreement with IHH, a unit of Malaysian state fund Khazanah Nasional.
Under the deal the Aydınlar family and Almond Holding, shareholders of Acibadem, will sell 60 percent of Acibadem shares to IHH, and 15 percent to Khazanah, a 75 percent stake in total, subject to approval by the anti-trust regulator.
Abraaj, which has a 46 percent stake in the joint venture company Almond Holding, which controls 92 percent of Acibadem, will have no shares left in Acibadem once the deal is completed, according to the anti-trust board web site.
IHH will hold 60 percent of shares, the Aydınlar family 25 percent and Khazanah 15 percent when the deal is completed, according to the anti-trust board web site.