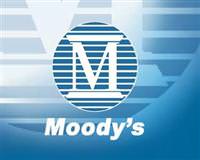 "The fragility of the sovereign debt markets (in the euro zone) is increasingly entrenched and unlikely to be reversed in the near future," Moody's said in a statement.

"It translates into heightened potential for funding stress for euro area countries with high public debt burdens and refinancing needs like Belgium," it added.

The ratings agency lowered Belgium's local- and foreign-currency government bond ratings to Aa3 from Aa1. The new rating has a negative outlook, which means another downgrade is possible in a couple of years.

Belgium on December 5 formed a new six-party coalition government after a caretaker administration approved a budget with austerity measures at the end of November. The budget agreement came just hours after Standard & Poor's cut the country's rating to AA from AA-plus.

The new government must satisfy demands of the Dutch-speaking Flemish majority for devolution of further powers to Belgium's regions, and may have to redraw a budget that economists say is based on too optimistic a growth forecast.

"The recent experience in Belgium is that the political bargaining process can be very challenging and it could be that the new government may need to agree on additional measures," said Kockerbeck.

"It is challenging certainly for the government to come up with additional measures given the downward revisions of economic growth that we experienced in the euro zone as a whole," he added.

Standard & Poor's, which rates the country at AA, also has the rating on watch negative as part of a broader review of 15 euro zone countries.

On Thursday Moody's cut the rating on Dexia's French division Dexia Credit Local to Baa1 from A3, citing concerns about the comprehensiveness of the funding guarantee scheme provided to the unit. It threatened the division with more cuts.

In October, Belgium, France and Luxembourg agreed to guarantee the bond funding raised by the division for the next 10 years, up to 90 billion euros ($116.6 billion).