Turks are collecting property in London 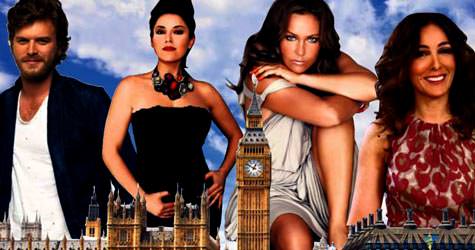 Turkish businessmen, football players and stars all look to London for property purchases. Attorney to the famous, Mehmet Ali Erdoğan, explains that over the past three years, the number of homes purchase by Turks in London have increased by 500 percent.

London property has especially been in demand by businessmen and famous figures in Turkey over the past three years as they continue to purchase flats, land and buildings in the British capital. We spoke with attorney Mehmet Ali Erdoğan, who has worked for a number of famous businessmen, football players and performers. "Compared to our portfolio from 2010, the number of homes purchased in London by Turks has increased by 500 percent."
Why has buying property in London become so appealing? "In actuality, to invest in London is not something new. The fact that London has not been highly effect from the shake-up all over the world is a factor.
When did London become a popular destination for Turks? London's increased popularity coincided with September 11th. A lot of people in Turkey would send their children to study in the United States. However, after the attack and the widespread misconception that Muslims were "all bad" or "all bombers", businessmen began looking to England to send their kids to school.
Do you have any examples of these kinds of situations? Yes, Ali Ağaoğlu bought land and said, "I am going to build twin towers here". After his announcement, the London real estate market saw a lot of activity form Turks.
What are your thoughts regarding foreigners buying real estate in Turkey? Why does a foreigner need permission to buy a house in Turkey? When we buy houses it's very good, when they do its very bad? It's unfortunate, as the Arab nations, which have a lot of money, invest all of it in England or Europe. We are closer to them and they love the projects in Turkey.
Are Turks able to easily obtain credit in England? Banks don't usually offer credit, however Turks are still able to receive good loans. They do not say no to Turks, Turks with good taxable income are able to get mortgages of up to 70 percent here.

Famous figures that have bought homes in London
Performer Zerrin Tekindor bought a home in London. Hülya Avşar and the Aşkın Nur Yengi- Haluk Bilginer couple have homes in Notting Hill. Hülya Avşar owns a flat in the Pan Peninsula Tower 1, which she bought for one million pounds. Seda Sayan lives in the Kingston district, where Paris Hilton also resides. Another actor, Kıvanç Tatlıtuğ bought a house in London for 400,000 pounds last year."