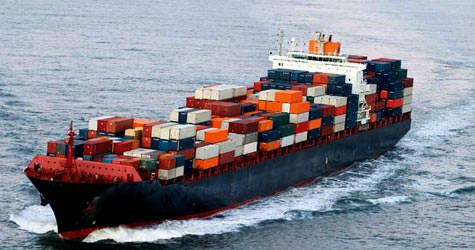 Turkey has broken the record in exports set in 2008 at 132 billion dollars, just three years later with 134.6 billion dollars in exports for 2011. Market diversification was an effective factor in the 18% increase annually on exports. Fifteen provinces have surpassed the billion dollar barrage.

Turkey's exports figure for 2011 has broken the previous record set prior to the global crisis, and reached the highest level in the nation's history.
According to figures from the Turkish Exporters' Assembly (TİM), Turkey's exports in 2011 have shown an increase in 18.17 percent compared to the year prior, and have reached 134 billion, 571 million dollars. With this figure, Turkey has beaten the 132 billion dollar record set in 2008, by 2.54 billion. This year's exports are also 20.6 billion dollars above 2010 exports which were 113 billion. According to Turkish Exporters' Assembly data from 2010's 132 billion in exports, compared to the same time last year, this December 2011, exports increased by 4.5% with the monthly export figure reaching 12 billion dollars.
GERMANY'S LEADERSHIP REINFORCED
One of the most influential factors in the increase in exports was the concentration on markets outside of the EU, due to the financial crisis. In order to diversify markets a number of exporters focused on South America, the Far East and Africa. Germany still took the top spot for Turkey's exports with a 10.41 percent share at 13 billion dollars, followed by Iraq with a 6.21 percent share at 8.2 billion dollars and with a 5.82 percent share at 7.7 billion dollars, the United Kingdom came in third.

IT WASN'T DONE IN A ROSE GARDEN
Minister of Economy Zafer Çağlayan announced that with a 17.4 percent increase, the sector with the highest imports at 20.4 billion dollars is the automotive sector and noted that exporters deserve appreciation. Çağlayan states, "This record was not set in a rose garden, but is the result of those exporting to critical geographic locations that have transformed into powder barrels due to the highest level of competition as political and economic crises persist." Turkish Exporters' Assembly Chairman Mehmet Büyükekşi states that this figure is extremely significant and noted that Turkey has managed to break this record while Europe struggles with the crisis and as public uprisings transpire in North Africa and Syria.

Fifteen provinces surpass one billion mark
In 2011, Gaziantep, Manisa, Denizli, Sakarya, Hatay, Adana, Mersin, Kayseri, Konya and Trabzon have joined the provinces which conduct over one billion dollars in exports.