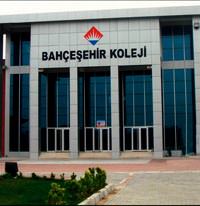 Carlyle did not disclose details of the transaction. Existing shareholders, the Yücel and Karataş groups, will remain significant investors in Bahçeşehir, Carlyle said in a statement.
Bahçeşehir Koleji, which was established in 1994, is active in nursery, primary and secondary school education. As of August 2011, it operated 20 primary and 11 secondary schools, serving approximately 12,000 students.
"Demand for private education in Turkey is increasing, driven by a number of factors including a growing student population and higher incomes," said Walid Musallam, Carlyle managing director and head of Carlyle MENA.
"The private school sector remains fragmented and penetration remains low in Turkey," he said.
Previous investments made by Carlyle MENA include Medical Park, Turkey's second largest healthcare group, in December 2009.
Separately, Dubai-based Eastgate Capital Group applied to acquire a 49.8 percent stake in Turkish textile maker Fabeks from owners the Zamanpur family, according to the website of Turkey's anti-trust board.
The Zamanpur family will continue to hold the majority stake after the sale, Fabeks said in a separate statement.
Fabeks owns 30 shops in Turkey, France, Algeria and Switzerland under the brand Silk & Cashmere.