All eyes on Turkey in property investment 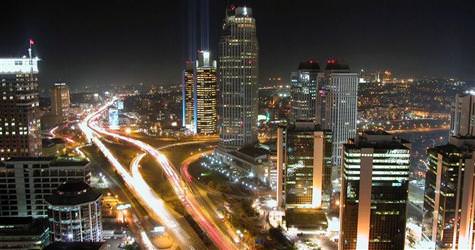 Just while the finishing touches are being made on the reciprocity code, which will clear the way for property sales to foreigners, anticipated to bring in ten billion dollars in annual revenue, AFIRE, the largest organization in the global real estate market, has released their 2012 annual report.

According to the 2012 property investment report, prepared by the Washington- based Association of Foreign Investors in Real Estate-AFIRE, which has 200 mega-global investors from 21 different nations as members, in conjunction with Wisconsin University, Turkey will become the most attention-drawing nation in the real estate market.

WE ARE IN THE CENTER OF BRIC
According to AFIRE's report on the real estate sector, the most significant amount of trade will be experienced in the BRIC nations, considered to be the starring economies of the future. Turkey, which is situated in the center of BRIC nations, consisting of Brazil, Russia, India and China, will be taking on a fast crossover into the real estate market. According to AFIRE's research, amongst emerging markets the highest number of property investment will be conducted in Brazil. While also taking top spot last year, Brazil will be followed by China. Turkey moved up to No. 3 from No. 7 last year. Turkey, which draws attention as being the nation to have the highest rise in real estate investments, is followed by India and Vietnam who share fourth and fifth place. With Mexico in sixth place and Russia standing out in seventh, Colombia entered the list for the first time in tenth place. Hungary was selected as 12th and Qatar also noticeably placed 17th.