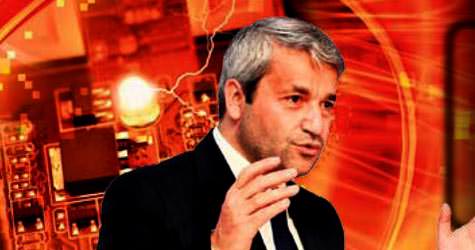 The Ministry of Industry will be establishing a ‘domestic technology’ prerequisite for a series of upcoming significant public tenders anticipated to reach the 20 billion dollar level.

The 'off-set' system which has seen success in the defense industry will now also be implemented in transportation, energy and health tenders. The Ministry of Industry will soon be including a 'domestic technology' stipulation on large tenders which are expected to soar to the 20 billion dollar level. Minister of Science, Industry and Technology Bilim Nihat Ergün announced plans to use the 'off-set' system, currently and successfully in place in the defense industry, in upcoming transportation, energy and health tenders. Noting that Turkey has significant purchasing power, Ergün states that the era of purchasing the cheapest option is over. Minister Ergün explained that from here on out they will be telling tender bidders, "We may make the purchase from you, however only if you agree to produce a number of parts in Turkey. If you work with certain firms we point out to you, then we will go ahead with the purchase."

Ergün also explained that from here on out they will be giving preference to companies that also develop in Turkey and not just produce in the country. Firms that commit to increasing indigenousness up to the 50 to 60 percentile level over the next five years will be given priority consideration at tenders held. Ergün emphasizes that with this system Turkey's industry will acquire a production force worth billions of dollars. Also mentioning that they will be following the domestic production pattern put in place by the FATİH project in pharmaceuticals, energy and transportation tenders as well as in Turkish Airlines aircraft purchases, Ergün goes on to state, "The 'off-set' system in Turkish Airlines purchases has opened the one billion dollar exports door for us. We can bring this figure up to two billion dollars. In pharmaceuticals alone we could create a two billion dollar production potential."

'100 INDUSTRIALISTS COULD BUILD A DOMESTIC CAR ON THEIR OWN'

Ergün also referenced the issue of manufacturing a domestic vehicle for the Turkish automotive sector by stating, "Even if we had our eyes closed, we could count 200 industrialists who could take on this task on their own." Ergün also qualified the halting of production of the TOFAŞ brand's bird series as a mistake. Ergün states, "We abandoned the bird series just at the phase when new forms and new designs were being put forth. If we had stuck with that series and been able to go a step further with the form, model, design and technology and made investments, then today with a new design, these brands would have continued to have a presence in a number of locations throughout the world as well as in the domestic market."


Ergün also relayed the good news that in 2012 Turkey will be drawing in serious international investments. "We will not drop below ten billion dollars this year. With incentive, investments will only accelerate. There are investors coming who are interested in making investments ranging from petrochemicals to the automotive sector."

THIS ARTICLE IS A TRANSLATION OF A PIECE ORIGINALLY WRITTEN BY MEHMET NAYIR.