Germany to focus more on vocational training than race 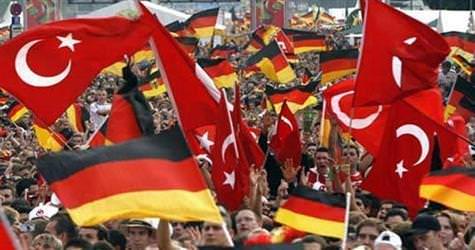 Germany will be implementing a new bill next month on Stipulating the Improvement of Assessment and Recognition of Vocational Competency Obtained Abroad.

With the passing of this bill, Germany will from now on place emphasis on content and qualification, rather than nationality, when it comes to recognizing vocational competency.

According to a written announcement released by Germany's Ankara Embassy, the Stipulating the Improvement of Assessment and Recognition of Vocational Competency Obtained Abroad bill will go into effect next month.

The announcement explains that up until now, only a rare few individuals who came to Germany were able to have their vocational competency assessed for recognition. "With this bill, which deals with the assessment and recognition in Germany of vocational qualification obtained abroad, the right to request the assessment and recognition of vocational competency obtained abroad will become much more comprehensive and will have a clear methodical standard. The bill goes into effect as of March 1st, 2012."

The announcement goes on to explain that this bill, by recognizing vocational qualifications obtained abroad, and rearranging regulations in Germany to grant the right for individuals to legally request evaluations for approximately 350 vocations, marks a significant milestone for Germany's vocational competency assessment system.

"Vocational competency assessments will be conducted according to standard criteria and methods in order to determine whether an individual's qualifications are applicable for recognition. In addition, up until now in order to be allowed to practice a vocation or to be able to have vocational competency recognized, one had to be a German national or a citizen from an EU nation. This new draft will significantly change vocational assessments being citizen-based. From here on out, the assessments of a majority of vocations will no longer be based on nationality, they will instead focus primarily on content and qualification."