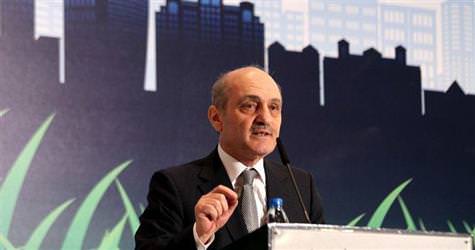 Environment and Urban Planning Minister Erdoğan Bayraktar has announced that the number of ‘green buildings’ will be increased as part of the urban renewal plan. In addition, the state will be offering incentives for the use of environmentally friendly products.

Held for the first time this year with the support of the Ministry of Environment and Urban Planning, the International Green Building Summit commenced yesterday at the Swiss Hotel.

Speaking at the summit, Minister of Environment and Urban Planning Erdoğan Bayraktar delivered good news in the way of announcing the government will be providing tax and credit incentives for both the construction of green buildings and the use of eco-friendly materials.

According to Bayraktar, energy conservation has increased by 20 to up to 80 percent in new builds. Bayraktar also shared that up until now; they have provided environmental friendly building certifications for up to 10,000 buildings. "Old buildings waste energy and they have poor insulation. Therefore, energy conservation is just as important as producing it, while decreasing carbon emissions is also a significant factor," states Bayraktar.

Starting from the Marmara…
Minister Bayraktar explained that the urban renewal project will begin from the Marmara and will head towards the east. Stating, "As the government, we are determined," Bayraktar also noted that they are planning on making serious investments in order to establish Van as a new brand city.