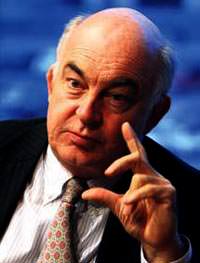 Attending a meeting of Turkish academics in the United States, held by the Turkish American Scientists and Scholars Association (TASSA), Brookings Institute Vice President Kemal Derviş, met with SABAH after the conference, where he shared his views on Turkey's economy. Stating "It is impossible to not be affected by the crisis in the Euro Zone," Derviş emphasizes that by diversifying exports over the past ten years Turkey has become a more resistant nation to external shocks. Expressing that despite the negative course Europe is currently on, he is not expecting there to be an economic collapse, Derviş states that the credit policy put into effect by the European Central Bank has not necessarily solved the crisis, however it has decreased its intensity. Stating that despite the strong appearance of Turkey's economy there are three specific sensitive issues, Derviş states "Turkey needs to be able to conduct further savings and investments. Secondly, Turkey needs to be able to finance investments with their own resources and thirdly, the current account deficit must be brought down from the tens to the five to six percentile level."

The image of a nation's currency is significant...

Mentioning that he has positive expectations for the future, Kemal Derviş states that Turkey's potential growth for the long term is pleasing. Derviş went on to state that there will be a new balance established in Turkey's economy in 2012 and noted that they are expecting growth sustainable with a lower current account deficit.

Offering his assessment of the Turkish lira, Kemal Derviş states, "A country's currency reflects the health, identity and strength of that nation's economy. It is from this perspective, that the image of a nation's currency is significant."