Don’t be too late to invest 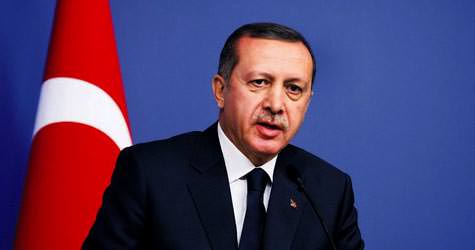 Speaking at a meeting held by the Republic of Turkey Prime Ministry Investment Support and Promotion Agency (ISPAT) with CEO’s from a series of South Korean mega firms, Prime Minister Erdoğan stated, “There are serious investment opportunities in Turkey. Don’t be too late, come and invest. We will facilitate investments in every way, including lifting bureaucratic obstacles.”

While in Seoul to attend the Nuclear Security Summit, Prime Minister Tayyip Erdoğan also met with the CEO's of a number of South Korea's most prominent companies. Erdoğan called on the CEOs of companies with operations toppling 400 billion dollars in annual revenue to "come and invest in Turkey." Meanwhile, today, Prime Minister Erdoğan signed a free trade agreement with South Korea.

THERE ARE SERIOUS OPPORTUNITIES

Prime Minister Erdoğan shared with CEO's the recent achievements in Turkey's economy and stated, "There are serious investment opportunities in Turkey. Turkey presents significant investment possibilities. Come and invest in Turkey. We will facilitate investments in every way, including lifting bureaucratic obstacles." Prime Minister Erdoğan also had an interesting exchange with Hyundai's CEO. While the CEO of Hyundai stated, "We plan to increase Turkey's production capacity for the i20 model from 100,000 to 200,000, " Erdoğan asked, "why don't you invest in engines in Turkey? Turkey is the most ideal country for production."

Minister of Economy Zafer Çağlayan also called on Korea's CEO's to consider investing in Turkey, by stating "You are missing an opportunity, we are at a very important turning point in our incentive system when it comes to engine manufacturing investments. Don't be too late, come and invest early."
According to the information obtained, when it comes to engine production investments in Turkey, Hyundai is waiting on the release of incentive regulations. Prime Minister Erdoğan asked the manager of STX, manufacturers of boat engines, "You were going to invest in Turkey before, what happened? The firm's CEO responded, "There was a crisis then, the sector was in crisis, but now we do have such plans." Sources state that STX is also interested in investing in the energy sector. Following the ISPAT meeting, CJ Group and Demsa Group signed an agreement on setting up Shopping TV in Turkey.

THOSE WHO INVEST IN TURKEY WILL ONLY GAIN

During his address, Economic Minister Zafer Çağlayan stated, "The new incentive system will be geared towards establishing an environment of support for imported products and those that are not produced in our country. With the soon to be announced system, Turkey will become an extremely competitive nation in terms of labor force costs. Investors in Turkey stand to gain significantly in this regard."

Hae-sun Lee, the CEO for the CJ firm surprised Erdoğan, by singing a well-known Turkish ballad, which the prime minister applauded for his command of the Turkish language.

TURKEY TO BECOME BASE OF OPERATIONS

The CEO of South Korea's mega construction firm SK told Erdoğan "We want to establish a partnership with Turkish firms," and asked "in what areas could we collaborate?" Erdoğan responded by stating, "We could collaborate in the Middle East, African and Caucasus regions." Upon which the SK CEO expressed that for any investment operations conducted in these regions, Turkey would be the base of operations.