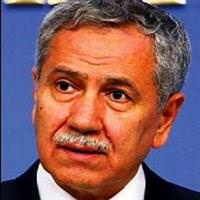 "This is an unjust and groundless decision because it turns out the data used to base the rating on is not true."

Emphasizing that the rating decrease should be questioned, Bülent Arınç states, "Turkey's credit rating has not changed, it's just the appearance that has. This is an unjust and groundless decision. Turkey's Central Bank and Treasury will be requesting an explanation from Standard and Poor's in connection to certain financial errors released in their announcement of the rating change. The export figures released are exceptionally wrong, for example," states Arınç.