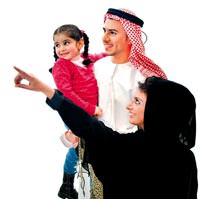 With the new Reciprocity Law, the issue of Arab investors requiring residence permission will also soon be solved. According to Minister of Environment and Urban Planning Bayraktar, the sector “will affect the obtaining of visas”.

The government will soon be initiating a new regulation geared towards facilitating the stays of Arab investors who have begun purchasing homes and property.

Along with the new Reciprocity Law, which has paved the way for foreigners to purchase real estate in Turkey, investors will now be granted longer term residence permits. Minister Bayraktar explains that they are now working in conjunction with the Minister of Foreign and Internal Affairs and says, "They are allowed to reside in Turkey, however we are working on trying to extend their permission to stay. Just like in the United States, we want those who purchase a certain amount of real estate or invest to be able to stay for longer than just three months. Let's make these regulations a little more flexible."

According to representatives from the construction sector, lengthening residence permits will not only result in increased real estate sales but will also increase the revenue brought in from tourism.


'Visa purchases will be influential'

Sur Yapı Executive Board Chairman Altan Elmas, who notes that foreigners are only able to purchase real estate after undergoing a security check, says "This is a very important step in order for sales and the reciprocity law to be successful. If this step is not taken, then the reciprocity system will always be lacking. We feel that providing real estate purchasers with residence permits or extended visas will be influential in real estate purchasing decisions. Middle Eastern tourists especially love Turkey and want to stay for extended periods."

'If residence permission is granted, sales will rise'

Stating that there is no point in marketing reciprocity abroad if residence permission is not granted, Artaş Construction Executive Board Chairman Süleyman Çetinsaya says, "For the ministry to work on this is a very positive step. Any sort of advancement on this issue will seriously increase sales and the law will become successful. That is because these people are not going to buy these houses and then take them home with them. Once the law passed there was an increase in foreign interest. Right now when we talk to people who want to purchase real estate here, they also relay to us that they want to open offices in their own countries. The highest demand is coming in from Azerbaijan, Iran and Middle Eastern countries. We are considering combining our sales campaigns with these offices abroad."

The new regulation is expected to also increase tourism revenue. If Arab tourists, who love to shop and travel, are granted residence permits then they will stay in Turkey longer. Arab tourists normally tend to bring in three times more revenue than European tourists. If a European tourist spends 600 dollars on average, tourists from the Middle East spend between 2,000 to 3,000 dollars. Ayman Maslamani, the owner of Heysem Tourism, which brings the highest number of tourists to Turkey from the Middle East, states, "Spending made by middle class Arabs is two to three times that of Europeans. Those that are richer spend at least 10,000 dollars. They like to purchase brands and luxurious items."