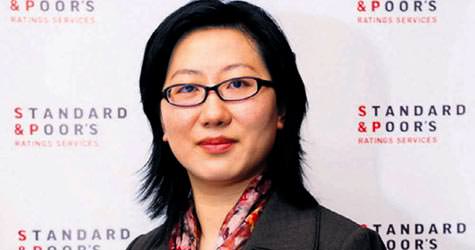 After unjustifiably downgrading Turkey’s rating, now S&P analyst Zhang states, “The government has received our message”. Speculation has surfaced as to whether the message intended was on increasing the interest rate.

With an unexpected downgrade on Turkey's rating, supposedly based on figures such as the account deficit and national income, paralleled with an increase in Greece's rating, Turkey analyst for Standard and Poor's Eileen Zhang has managed to confuse things once again.

Prior to departing Turkey yesterday, Eileen Zhang stated, "the government has received our message". Zhang also stated that while in Istanbul, they delivered a message on, "general economic and structural issues."

IS THE MESSAGE 'INCREASE INTEREST'?

Zhang's statement the other day, that Turkey is "implementing nontraditional methods," in regards to the Central Bank, a phrase which has become one regularly uttered by the interest lobby, and the fact that Zhang purports that structural issues need to be dealt with in order for Turkey's note to increase, has brought to mind the question of what exactly the message 'delivered' is. The analyst's statements are now being perceived as a possible request for the Central Bank to resume higher interest rate levels.


BACKTRACKING FROM THE NATIONAL INCOME EXCUSE

Speaking at a press conference the day before yesterday, Zhang originally explained the reason behind keeping European nations' ratings higher than Turkey's is per capita income. However now, Zhang states, "per capita income is one of the economic factors we base analysis on. Per capita income on its own is not a sufficient basis; however it does affect the most significant indicators."

Zhang praised Turkey's political stability and expressed that they also use political analysis in determining ratings. "Turkey has been stable for the past ten years. This political factor is one that will be supportive for Turkey's note," says Zhang. Explaining that they base their ratings on their own evaluation of political analysis, Zhang states, "We first informed the treasury, which is standard procedure, this is how it works for every country. We apply the same criteria to 127 different countries."