With these incentives, mega firms such as Lacoste and Burberry may be headed to Turkey 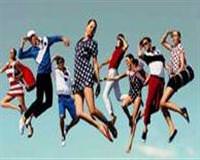 Ready wear firms have been swaying production towards Turkey of late. According to Ahmet Eren, "Burberry has already shifted a portion of production to Turkey. After the incentives package, Lacoste and H&M will definitely come to Turkey.”

With two-billion dollars' worth of turnover, Eren Holding is one of Turkey's most significant groups to date. Best known for its affiliation as representatives in Turkey of brands such as Lacoste, Burberry and Swatch, the holding also brings in 830 million dollars in turnover from energy and has a total 50 percent share in the paper sector. Eren Holding's 2016 target is to become a four to five billion dollars' worth group. In order for Eren Holding to achieve this goal, they want to draw in investments supported by incentives packages' to labor intensive sectors. Therefore, they have chose to focus efforts on the textile sector, one in which they are already closely involved in. Chief of Eren Holding's Executive Board, Ahmet Eren feels that Turkey offers a significant alternative when it comes to textile confection. Pointing out that recent brands such as Kiğılı and LC Waikiki have shifted their textile purchases and productions from China to Turkey, Eren states, "The firm we represent Burberry has shifted a portion of its production to Turkey. With incentives, Lacoste or if not Burberry or H&M... One of these brands will definitely come to Turkey."

Well-versed businessman Eren also has a series of significant investments up his sleeve. Eren Holding has not only completed and taken over a 1.7 billion dollar thermic power plant, but they have also financed three investments totaling 1.6 billion dollars in addition to bringing in a machine park.
With Ahmet Eren's plans to build an education city in his hometown of Bitlis we also spoke with Bitlis Governor Nurettin Yılmaz…
Eren is a businessman who is also volunteering along with other businessmen from the region such as Kiler, Limak and Gencer Group to invest in education. Ever since the release of the incentive package however they are now pulling up their sleeves in order to collaborate on investments in the remaining districts which fall under the sixth district classification. According to Eren the prerequisite for investments varying from education is 'competitiveness and profitability'. Reminding that the regulations have not been finalized, Eren states, "If investments are being made then it doesn't necessarily have to be Bitlis. However, those who are from Bitlis have already discussed a joint investment."
According to Eren, there is no designated address for a profitable investment. Investments could be made in Urfa or America.

CEMENT, PAPER AND A TRASH FACILITY
Eren has embarked on three different investments to a tune of 1.6 billion dollars. The first of which is to build a huge cement factory in Mersin. The second and third investments will be made in Çorlu. One is a 400-million dollar paper factory and the other is a 150 million dollar energy production trash facility. Eren says he is also planning to release news of a mega investment soon.

This is a translation of an article originally written by Tarik Yilmaz.