Citi cuts off an arm 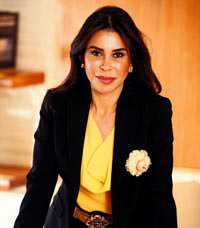 US mega firm Citigroup has sold half of their 20 percent shares in Akbank. After paying 3.1 billion dollars for the 20 percent stake in 2006, yesterday Citigroup was willing to let 10.1 percent of shares go for 1.15 billion dollars. In the end, Citigroup sold each share at a 36.2 percent loss.

Having frequently delivered the signal that they do not plan to leave Turkey, Citigroup feeling the need to increase capital due to the new global banking regulations has now decided to sell their asset that provides the highest form of liquidity.

In October, 2006, Citi paid out 3.87 dollars per stock in Akbank, whereas yesterday they sold shares for 2.84 dollars. When they were partners, Akbank's total market value was 15.5 billion dollars. At the time of yesterday's stock sale, the bank was valued at 11.4 billion dollars. Therefore, Citi yesterday suffered a 36.2 percent loss per stock. Citi announced that they would be offering shares at 5.20 to 5.50 lira each. In the end the sale was completed at 5.24 liras per stock. At the close of the stock exchange the day prior, Akbank stocks, which were 5.80 liras saw a drop in value of 9.7 percent, which of course was a disappointment to shareholders.

With the news of the sale, Akbank shares dropped by 8.28 percent at the start of the day and went as low as 5.38 as the day progressed. With a 6.21 percent drop, Akbank shares closed the day at 5.44 liras, bringing the stock value to the level last seen in 2009.

THE INDEX BROUGHT DOWN

The sale of Akbank shares by the USA's Citigroup also negatively affected the ISE. After a day of waves, yesterday the Istanbul Stock Exchange closed the day with a 0.19 percent drop at 54,809 points.

After the sale, Akbank Chairman of the Executive Board Suzan Sabancı Dinçer made an announcement stating that this 1.15 billion dollar transaction, was the largest conducted through the wide scale expedited request collecting method since 2008.

"This transaction was also the second largest transaction, with the exception of privatizations, since 2008. Akbank shares were primarily purchased by large foreign investment funds, retirement funds and other similar investors interested in long term investments. The fact that this scale of a transaction was conducted overnight is a testament to the trust in both Turkey and Akbank as well as a display of the desire to gain a share of Akbank's successful financial results. "

WE WILL NOT BE SELLING REMAINING 9.9 PERCENT

After Citigroup's 10.1 percent share sale, they still retain a 9.9 percent share in Akbank. According to the deal, Citi will not sell their remaining shares except for certain limited exceptions. Total proceeds from the sale were recorded as 1.15 billion dollars, resulting in an after-tax loss of $243 million. After the sale, Akbank's public offering rate raised to 42 percent.