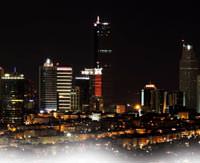 After the recent World Economic Forum held in Istanbul, the metropolis is now set to host a series of investors from the Middle East, including Alshaya, Venture Capital Bank and Markab Capital.

Last week, the World Economic Forum held its Middle East, North Africa and Eurasia meeting in Istanbul. Next week, the metropolis will become a meeting point for Arab capital. With nearly three trillion dollars in Gulf funds, next week's meeting of Middle Eastern investors in Istanbul could be considered the Arab Davos.

High-level administrators from Gulf funds spanning 2.5 trillion dollars have made Istanbul their meeting place from June 18th to the 21st. Businessmen and fund administrators from the Middle East will also be making contact and meeting with public and private local firms.

Amongst those coming to Istanbul are the directors of Alshaya, Yusuf, Khalid and Naseem Alshaya. Alshaya is responsible for the district operations of 55 international brands including Mothercare, Victoria's Secret, Boots and Starbucks. Alshaya, which has brought a number of brands to Turkey, operates 2,200 stores in 19 different countries.

In addition to Alshaya Group's financing firm Shape Financial Corporation CEO Abdulkadeer Thomas, Bahrain's Venture Capital Bank, which is planning their second trip to Turkey after having just recently visited a few months back. Ghassan Al Sulaiman the Chairman of the Executive Board of Venture Capital Bank, which recently purchased 65 percent of fruit juice concentrate producers Göknur Gıda in a 100 million dollar investment, will also be amongst the participants in next week's meeting.