Turkey’s exports are on the rise while economic growth persists 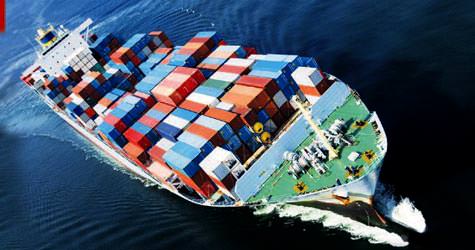 Turkey’s economic growth has surpassed expectations at 3.2 percent for the first quarter of the year and during a time when the economic crisis had reached a peak. The main factor in the nation’s growth can be pinpointed to the Central Bank’s decision to bring down the obstacle of high interest rates which was blocking the nation’s exports. While last year net exports brought down the first quarter’s growth figures by 5.3 points, this year exports have contributed by 4.5 points.

Turkey has begun to reap the fruits of the Central Bank's decision to withdraw the 'high interest-low exchange rate' policy and drop interest rates, bringing the Turkish lira to a competitive level and resulting in a growth in exports. While Turkey's economy saw 3.2 percent growth in the first quarter of the year, the highest contribution to this development came from the nation's export figures.

A SOFT LANDING HAS BEGUN

According to the data, exports grew by 13.2 percent in the first quarter while imports dropped by five percent. As a result, foreign trade provided a positive contribution to overall economic growth. There has been however an indescribable slow down when it comes to domestic demand. Citizen's consumption expenditures, which are a locomotive for growth, did not show a ratio-based growth. The 5.5 percent growth in public consumption spending and the fact that investments have continued, albeit low, resulted in securing a 0.9 percent contribution in internal demand. As a result, the soft landing, which has been perpetuated by economic administrators, has succeeded in the first quarter.
According to figures, the 3.2 percent growth based on stock has brought the growth rate down by 2.3 percent, while the 3.2 percent increase in exports has brought the growth rate up to 4.5 points. In 2011, net export figures brought the nation's growth figures down by 5.3 percent in the first quarter and by 1.4 percent throughout the year.