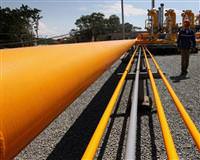 With Iran’s threat to the EU and the USA to shut the Hormuz Strait, Turkey could become a junction for petrol. Minister of Energy Yıldız says that should Iran’s threat be realized, petrol from Basra would then be brought into Ceyhan from where it would be marketed globally.

While the Iran-USA-EU triangle of tension in Mediterranean waters continues, Iran's threat to shut off the Strait of Hormuz has put Turkey in an extremely significant position in terms of the global distribution of petroleum.

Minister of Energy and Natural Resources Taner Yıldız explains that if the Strait of Hormuz becomes out of commission, petrol would then be brought to Ceyhan through Kirkuk and that Ankara has already begun working on the technical aspects with the Baghdad government.

Explaining that the work they are embarking on will strengthen Turkey's involvement with strategic pipelines, Yıldız states, "The fact that the projects we are doing with our friends and brothers Iraq are going to be developed further is extremely beneficial for us. It will also increase our contribution to the normalization of Iraq. Once our committees have completed their technical efforts, we will be sharing the project with the public."

In 2011, 25 millions of petrol passed through the Kirkuk-Yumurtalık Pipe Line; however the pipeline's total capacity is 70.9 million which means it is only operating at 35 percent capacity. If Basra's petrol is brought through the Kirkuk-Yumurtalık Pipe Line, then it will be operating at full capacity and Ceyhan will become an energy market, bringing in Turkey over 450 million dollars annually in transporting oil.