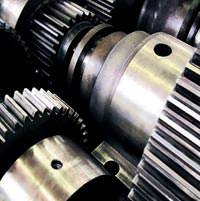 One of the most significant growth indicators, industrial production, continues to rise with no slow-down in sight. Exports are what are behind the ever-so-pleasing figures.

Turkey's industrial production index rose by 5.9 percent in May 2012, over the same month of last year. Industrial production figures also showed an increase of 7.5 percent compared to figures from the month prior. What lays behind this speed of growth, the 20.3 percentile record-breaking rate of growth experienced in Turkey's exports, fastest recorded growth since November 2011 to be exact.

AN INCREASE IN CAPITAL

According to the Turkish Statistical Institute, the industrial production subsector's figures were as follows for May 2012, compared to the same month the year prior: The mining sector index increased by 4.2 percent, the manufacturing sector by 5.8 percent and the electricity, gas, steam and air conditioning supply index increased by 7.3 percent.

Economy to grow with net exports

Providing his assessment of the nation's industrial production figures, Economy Minister Zafer Çağlayan states, "The 5.9 percent increase is a clear indicator that exports are a locomotive for the Turkish economy." Pointing out that over the first five months of 2012, exports have increased by 12.7 percent compared to the same time period the year prior, Çağlayan states, "Exports are not only a locomotive for industrial production but also for employment. Just like in the first quarter, in the second quarter the economy will continue to show growth due to the nation's net export figures."

Minister of Science, Industry and Technology Nihat Ergün explains that May's industrial production index figures were the highest seen since 2005. "There has been uninterrupted growth over the past 30 months."

Growth expectations to be met

Ergün also stated, "We had said that we would comfortable be able to achieve the four percent growth rates anticipated in our Mid-Term Program. All of the figures support this view."