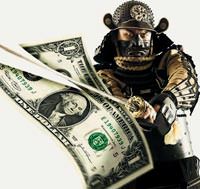 Japan’s BTMU has joined the ranks of Bank Audi, Intesa and Pasargad in applying for a banking license from the Banking Regulation and Supervision Agency.

Just a few months ago, Lebanese Bank Audi received a banking license. Soon after Italy's Intesa and Iran's Pasargad followed suit and applied for banking licenses. Japan's largest bank, at 1.8 trillion dollars, Bank of Tokyo-Mitsubishi UFJ (BTMU) has now joined in the race. Bank of Tokyo will be submitting their application to the Banking Regulation and Supervision Agency in August.

BTMU's CEO for Europe, Middle East and Africa Shoji Nakano explains that if their license is approved they will begin operating in Turkey in 2013. Bank of Tokyo was founded with a 300 million dollar capital and has now become the world's largest 11th bank, states Nakano who reveals they have big plans for Turkey.