Foreigners will soon be allowed to buy property in Turkey 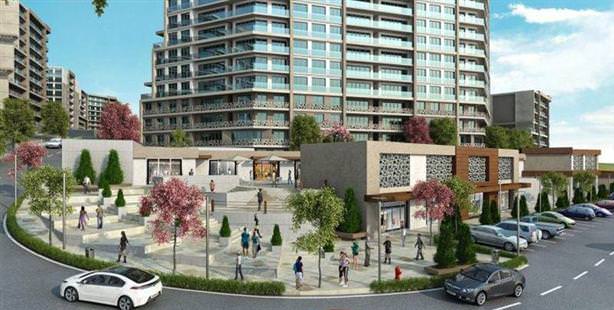 SABAH has acquired the final details on Turkey’s reciprocity law, which is expected to bring in 300 billion dollars in foreign capital over the next ten years. The following is the road map to which countries nationals are allowed to buy property and under what conditions.

What the actual regulations will be in the new real estate reciprocity law passed by Turkey's Grand National Assembly in May has been dependent on a list that has been awaiting approval from the Minister of Council for two months now.

According to the renewed list, the number of nations that will retain the unconditional right to purchase property in Turkey will go up from 53 to 129, while 52 nations will be allowed based on certain limitations and conditions of approval. Syria, Armenia, North Korea, Cuba, Nigeria and Yemen were not included in the 181 nations listed, which basically means nationals from these countries will be unable to purchase real estate in Turkey.

The new regulations, which are anticipated to result in an explosion of property sales to foreigners, limits nationals from China, Denmark, East Timor, Fiji and Israel, with whom relations are at a breaking point, to the purchase of a single residence. Jordanians on the other hand, will only be allowed to purchase two domiciles and one place of business under the new law.

There are special conditions

The obstacles posed for nationals from Saudi Arabia, the UAE, Kuwait and Lebanon, which are expected to bring in the highest revenue, as well as from the Turkish Republics, has now been lifted.
Citizens from Azerbaijan, Kazakhstan, Turkmenistan, Tajikistan, Uzbekistan and Kyrgyzstan will be able to freely purchase property in Turkey. According to information obtained, as the construction sector excitedly awaits the passing of the new regulations, Arabs have already begun to make down payments on real estate they have set their sights on in Istanbul and Antalya.

The memorandum cites restrictions for nationals from 31 different countries, limiting real estate purchases to plots, residences and business locations. Based on these criteria, citizens from Morocco, Egypt, Latvia, Afghanistan and a number of smaller African nations will never be able to be owners of agricultural land, vineyards or orchards. Nationals from Albania, another restricted nation, will only be able to purchase residences or businesses.

According to the new regulations, which will go into effect once the Council of Ministers have signed on, it will be required for nationals from 16 different countries, including Iran, China, Palestine and India, to receive permission from the Ministry of the Interior in order to acquire real estate. Iraqi's on the other hand, will have to first apply for permission from the Ministry of Foreign Affairs.

The Reciprocity Law also designates a limit on the overall amount of real estate any foreign national can purchase in Turkey. Accordingly, the amount of property any one foreign individual can acquire in Turkey is limited to ten percent of the total area of the province the plot is located in and to 30 hectares overall throughout Turkey. Foreign individuals or firms will also be required to present their project within two years time on purchases of undeveloped plots.