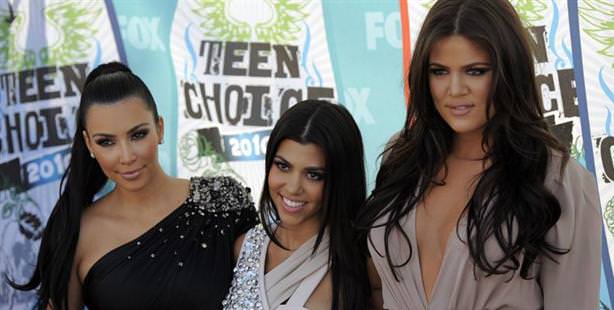 Kim Kardashian, a famous figure in the Armenian diaspora, who played a part in trash talking NBA star Kobe Bryant for participating in Turkish Airlines advertisements, appears to have been won over by money. The U.S. star will now be opening her Kardashian Kollection, formed with her sisters, to sales abroad from Turkey.

One of the most vocal figures in the Armenian diaspora, Kim Kardashian's love for money has overcome her distaste for Turkey. The famous U.S. personality will soon be coming to Turkey to invest. Kardashian, the Armenian diaspora's high society figure, who slammed NBA star Kobe Bryant for taking part in a Turkish Airlines commercial, will be coming to Turkey herself in the fall.

After forming the clothing line Kardashian Kollection with her sisters Khloe and Kourtney last year, the famous television personality Kim Kardashian plans to open her line internationally this year. The Armenian star's first stop will be the land of her ancestors; Turkey. When the Kardashian sisters, whose grandparents hail from Kars, began to see success in the U.S., they embarked on negotiations with a number of famous figures. With intentions to expand abroad, the Kardashian sisters have signed on to work with retail giants the Arcadia Group. Meeting with Lord Philip Green, the owner of the London-based Arcadia Group, Kardashian will be making her initial expansion abroad from both England and Turkey.

THE BRIC IS NEXT

Kardashian Kollection, which contains nearly 100 items spanning from bags to shoes, lingerie to evening wear as well as jewelry, will be going on sale in the fall in a total of 13 nations, including Thailand and Malaysia. If sales go well, their activities will then include the BRIC nations, namely Brazil, Russia, India and China. The items in the collection, which consist entirely of designs by the Kardashian sisters, sell for under 100 dollars. Bikinis are priced between 20-30 dollars and miniskirts range from 40 -50 dollars.

A THY AMBARGO ON KOBE

It seems the Kardashian sisters' expansion into Turkey may anger the Armenian diaspora. The Armenian lobby ANCA was outright against Kardashian being the April cover of a magazine released in Turkey. Last year when legendary NBA basketball star Kobe Bryant appeared in a Turkish Airlines ad, Kardashian vocalized that Bryant's working for a brand from a country that committed 'genocide' was a grave mistake and stated that he should therefore cancel his contract. Then, after the agreement was signed, Kim Kardashian and one of her sisters appealed to their 5.5 million twitter followers to boycott Bryant's games. When her brother-in-law Lamar Odom was in demand by Beşiktaş, Kardashian exerted pressure on her sister Khloe and managed to halt Odom's transfer to Turkey.