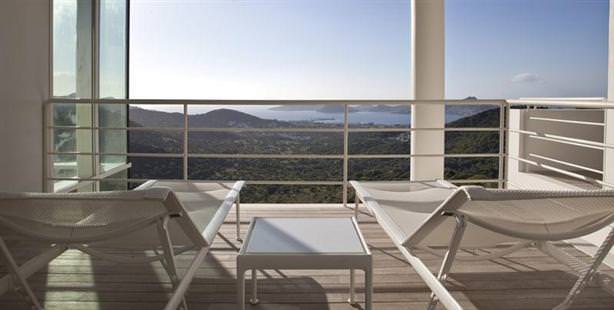 Turkey’s successful economic performance coupled by the Reciprocity Law is drawing foreign investors in to buying land in Turkey. Egypt’s Orascom and the Russian-based Costa have both announced plans to buy property in Turkey. Meanwhile, the amount of foreign direct investment in Turkey has multiplied eight times in the real estate sector.

With the world engulfed in an economic crisis and political upheaval, Turkey stands out as being a safe haven for foreign investors. With the release of the Reciprocity Law, Foreign investors have especially begun to hone in on real estate sales in Turkey. Egypt's Orascom Tourism, which has built mega tourism complexes on land purchased in Switzerland, Egypt, Jordan, and Oman, is now looking into purchasing property in Turkey. Adham Mahmoud, General Manager for Orascom's El Gouna Region states, "We invest in extremely large plots. We generally look into buying state land. Turkey' has a high tourism potential. We would like to buy a one million meter-squared property."

RESIDENCES WITH THE RUSSIANS

Meanwhile, the Russian-based Costa Group has also announced intentions to invest in Turkey. İzzet Çalgüner, the firm's Executive Board Chairman, states that their plans in Turkey initially involved building residential projects and therefore, they are looking for land in Istanbul, Bodrum and Antalya. Explaining that at first they plan to make a 100 to 150 million dollar investment, Çalgüner states, "We are looking for land to build a residence in Istanbul and to build boutique hotels and villas in Antalya and Bodrum. It is extremely important that the land is located in the optimal area and that the land owner confers with us on the concept and quality of our project. That is because it will be appealing to the A plus crowd."

Complimentary to the fact that it is becoming more profitable to invest in land in Turkey, the number of foreign construction firms opening up in big cities is also on the rise. In the first half of this year alone, 53consturction firms were opened on foreign capital. As a result, the total number of outside-capital construction companies operating in Turkey has reached 2,850.The majority of foreign investors are applying to purchase land and property in Istanbul, Antalya and Muğla.

The rate of foreigners investing in Turkey's real estate sector is on a continuous incline. There was one billion, 254 million dollars in direct foreign investment seen in the construction sector in the first half of the year alone. The total figure of direct foreign investment in the first six months of 2012 shows an eight times increase compared to figures from the year prior.