Turkish firm to provide water for city of Riyadh 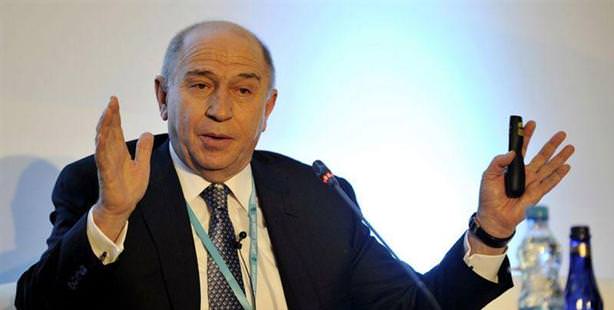 With a joint venture by Limak and MNG Holding, the Saudi Arabian capital of Riyadh will finally have access to water. The partners plan to purify sea water which they will then bring to the city.

Limak Holding Executive Board Chairman Nihat Özdemir reveals that they are working on a vital project in Saudi Arabia. Speaking as a guest on a program entitled "İş'te Hayat", broadcasted on A Haber, Özdemir explains that Limak is joining forces with MNG to realize one of Saudi Arabia's most important projects. The project, begun upon the Saudi King's orders, involves the setting up of water distribution lines, explains Nihat Özdemir.

"We are headed to Riyadh next week with MNG. There, we will begin working on the water distribution lines. Saudi Arabia is a rich country; however the capital is only given water once every 20 days. They are going to increase the water brought in from the sea and by using pipelines will pump it into Riyadh. Two pipelines that are two meters in diameter are almost complete." Özdemir also emphasizes that they have surpassed 2.5 billion dollars in revenue this year and their target is to reach four billion dollars."

AN AIRPORT IN EGYPT

Özdemir goes on to explain that they won a tender for building an airport in Egypt prior to Arab Spring. "The World Bank and the Egyptian government are the financing the project. As the events were unfolding in Tahrir our colleagues went to Egypt. Once the government switched over, we competed against six companies and won. The total cost of the project is 380 million dollars."

THE ROAD IS OPEN

Pointing out that over the past ten years, Turkey has been experiencing an era of stability, Nihat Özdemir stated; "I have always been the type of person who sees the glass as half full, therefore I continued my work, believing that Turkey would grow by four to five percent. If Turkey shows four to five percent growth this year and next year, then the road will be wide open. We believe that the construction sector will experience growth surpassing eight percent."