Turks to build the symbol of the new Libya 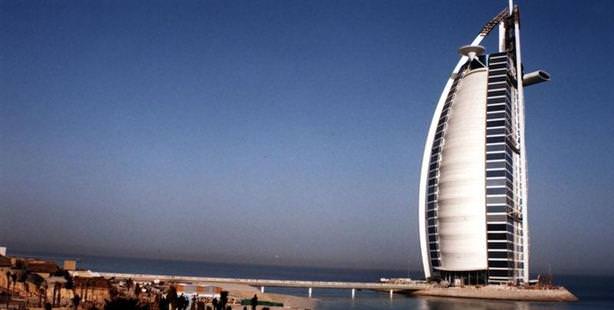 Libya is making their comeback with Turkey after their economy hit rock-bottom due to the Arab Spring. Turkey’s Koray İnşaat has been brought on to build the 320 million Euro 40-story Medina Tower, fashioned to be reminiscent of Dubai’s famous Burj al-Arab, which was built to resemble a billowing sail.

Northern Africa is currently experiencing a revival after a forced hiatus due to the Arab Spring. Turkish contractors, which had to walk away from ongoing projects in Egypt, Tunisia and Libya due to the internal strife, are now beginning to pick up from where they left off.

Kicking off their return with infrastructure, school, factory, medical center and roadwork type projects, Turkish firms have also begun signing off on projects that will become iconic for these nations. One such project will be the building of Medina Tower, which will represent the rebirth of Libya post-Gaddafi. With Turks at the helm, the project will virtually be a symbol of the nation's growth. Even though the French, Italian and English governments have been pursuing opportunities in Libya due to the nation's rich energy resources, the Libyan administration plans to hand over one of their most important projects ever to Turkey, thereby also offering a positive response to Turkey's support.

TOWER TO RESEMBLE A SAIL

The Turkish company Koray Construction will be taking on the building of the 320 million euro Medina Tower, which will be one of the tallest buildings in the country. The 40-story Medina Tower, which will be built in Trablus, will closely resemble the seven-star Burj al-Arab in Dubai and will be run by the Malta-based Corinthia Hotels International.
During the signing ceremony, which was broadcast on Libyan state television and attended by Bashir al-Saleh, the head of the Medina Tower Company, Libyan Deputy Minister of Investment Ali Essaleh, Koray İnşaat CEO Şamil Çapar and Corinthia Hotels Chairman Pisani.

A MEETING OF LUXURIOUS BRANDS

The 40 buildings, which will be completed in 40 months' time, will include ultra luxurious residences, trade centers, restaurants, luxurious spas and entertainment centers. The project, which will also include European textile brands, will be operating in a 200,000 square meter area. The Medina Tower, which will have a parking lot with a capacity for 900 vehicles, will fast become one of the nation's iconic projects.