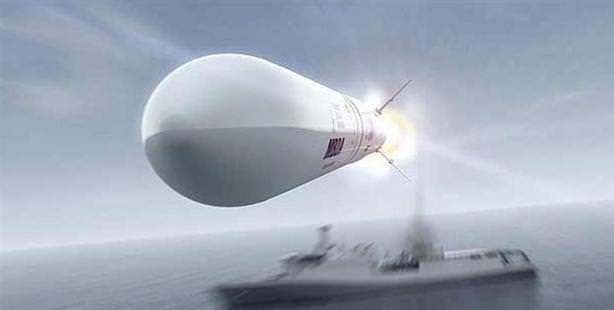 Turkey is embarking on the mass production of its first 100 percent domestically made missile.

Minister of Industry Nihat Ergün has announced that Turkey has begun the serial production of the SOM missile developed by the Scientific and Technological Research Institute of Turkey (TÜBİTAK).The missile, which was developed by TÜBİTAK in its entirety all the way to its batteries, has a 200 kilometer range and has completed all preliminary tests.

The new SOM missile was developed in the 2,500 staffed TÜBİTAK Research and Development center, explains Ergün, who states, "We now have the capability to build a 500-kilometer range missile and we have already begun working on it."

The SOM missile can be launched from planes, land or from the sea, says Ergün, "The target is determined by GPS, satellite and land maps. The tests have been completed. This is a project developed A to Z by TÜBİTAK."

The domestically manufactured missile has been added to the Turkish Armed Forces Inventory.