The market says one thing, Financial Times says another 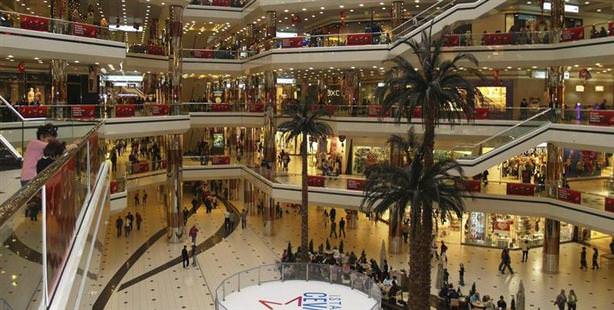 An article published in Financial Times entitled “Turkey’s economy runs out of steam” which claims one shopping center will close down every month, has been contradicted by both the United States and England. The United States’ Jones Lang La Salle, listed Turkey as the top fourth markets in a recently released report, while England’s HGA is planning on opening an office in Istanbul to bypass the sedentary economy at home.

An article released in the British economic newspaper the Financial Times (FT) on September 10th, entitled "Turkey's economy runs out of steam" claims that every month a shopping center will close down in Turkey. FT claims that it would be impossible for Turkey to continue "the decade-long streak in which gross domestic product tripled in dollar terms."

However, FT's article on Turkey's retail was quickly refuted by the United States' Jones Lang LaSalle (JLL). The world's largest real-estate research and consulting firm Jones Lang LaSalle, which operates 180 offices in 60 different countries and has a staff surpassing 41,000, listed Turkey as the fifth strongest nation in the world in the retail market in a report released yesterday.

Placing Turkey as the top fourth nation for retail real estate investments, the JLL report clearly negates the Financial Times' claim that one shopping center will close down every month. The JLL report on retail real estate also underlines the fact that nations with growing economies will give direction to the future of the sector.

TURKEY IS THE TOP FOURTH

The report states that over the past ten years investments in the building of shopping centers have reached one trillion dollars. Last year's figure alone was 122.5 billion dollars. The report states that this year that figure is anticipated to reach 125 billion dollars and points to Turkey as one of the key nations. China was listed as the top nation in retail property investment followed India and then Indonesia, then Turkey comes in fourth. Turkey is followed by Brazil while Russia was also classified as one of the European market's most important players. By 2020, these two nations will have a 15 to 20 percent share of the sector, states JLL, basing its index on customers, brands and data received from investors. The report emphasizes that foreign interest will continue in Turkey, and used the famous U.S. investment fund Blackstone's purchase of three shopping centers from Redevco as an example.

The statement in FT's article that one shopping center would close down every month in Turkey was attributed to statements made by Mavi Jeans General Manager Cüneyt Yavuz. Yavuz refutes that he made any such statement, however despite his contradiction; no disclaimer has been released regarding the article.

According to Mavi Jeans officials who spoke with SABAH, once the article was released, Cüneyt Yavuz called the FT correspondent and requested they correct his statements. In addition to making a verbal request, Mavi officials state that they also sent a letter refuting the statements made to both the newspaper's administration as well as the journalist who penned the article. "However, FT refused to heed the verbal and written warning," states a Mavi Jeans official. "The disclaimer we sent to the newspaper has still not been published."

The article which infers that Turkey's economy is on a downslide miswrote the statement "every month, one store's shutters may come down" to read that Yavuz is expecting a shopping center "to close at a rate of one a month".

England was the next to refute the British Financial Times. The nation's largest fashion purchasing firm HGA Group (Harveen Grill Associates) has recently announced plans to enter Turkey. HGA, whose first international venture was opening an office in Japan, has announced plans to open another international office in Istanbul next month. Explaining that they want to spread out into the region, HGA Group Founder and General Director Harveen Gill said they want to fill the contraction in England by expanding in Turkey.

Kuwaiti investment firm Aswar Group's As Yatırım, which was founded in Turkey, has signed on to building a 150 MW solar power station in Turkey with a 450 million dollar investment. As Yatırım partner and CEO Uğur Akkuş states, "Our group will be working with South Korea's CX Concentrix Solar Korea, KEPCO and Kincoa, which we have worked with before, to build a 150 MW solar power station over the next five years. Last week, we signed a contract with the Koreans. We are now working on measurement analysis for 18 locations in Turkey. Later, we will be applying for licenses for 20 different locations," states Akkuş.