The Turk who became a billionaire by selling yogurt in the U.S. 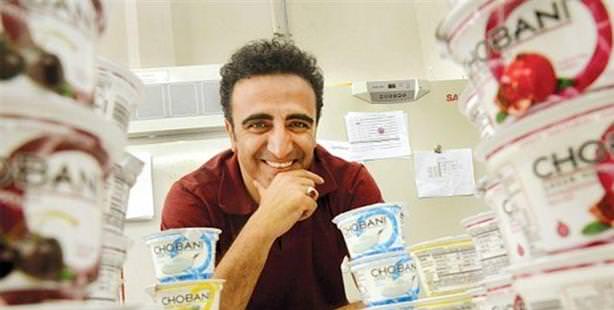 By selling yogurt under the brand name Chobani, Turkish immigrant Hamdi Ulukaya has made Bloomberg’s list of billionaires.

The increase of yogurt consumption in the United States in recent years, has put 40 year-old Turkish immigrant and owner of Chobani, the nation's top-selling yogurt brand, Hamdi Ulukaya on a list of billionaires.
According to Bloomberg's Billionaire index, yogurt mogul UIukaya's fortune has reached 1.1 billion dollars. Launched as Greek yogurt, sales of Chobani have increased five-fold since 2009, and this is the first time founder and sole owner Ulukaya has ever made any sort of international lists denoting wealth.

First founded as Agro-Farma, the New York based firmbegan producing under the Chobani brand five years ago. The company now holds a 17 percent share of the yogurt market in the U.S., having already doubled the well-known brand Yoplait's market share. The firm produces approximately 1.5 million kilos of milk daily. Sam Hamadeh, the CEO of private companies consulting firm PrivCo., states, "Chobani's growth is truly quite startling."