Turkey embarks on historical partnership in energy with northern Iraq 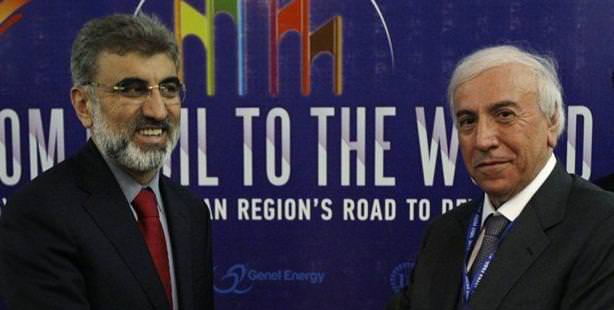 Turkey will soon be signing on to a historical partnership with Northern Iraq in the energy sector.

While attending an energy meeting in Istanbul yesterday, Iraqi Kurdish Regional Administration Energy Minister Ashti Hawrami stated, "We will need to build an additional pipeline in Ceyhan in order to export petrol as planned."

With the gaining of momentum in the development of relations over the past few years, Turkey and Northern Iran will soon be signing a historical partnership in the energy sector. Once the signatures have been signed, Turkey will not only have reached a new level of relations with Northern Iraq, but will also have solidified its own importance in the global energy market.

Regional Kurdish Administration Energy Minister Ashti Hawrami announced the new historical partnership while in Turkey for meetings yesterday. "Increased production from Kurdistan, as well as from oilfields further south controlled by Baghdad in the coming years means that Iraq needs a new pipeline to Turkey to handle combined output that could reach 6 or 7 million barrels per day," Hawrami said announcing, "An oil pipeline with a capacity of 1 million barrels per day and a gas pipeline whose capacity is yet to be determined will both be built in Turkey (Ceyhan) by the first half of 2014."

This investment would make Turkey an important junction in international petroleum distribution. It would also mean another step taken towards bringing Ceyhan that much closer to becoming a destination similar to Rotterdam port, a vision Prime Minister Recep Tayyip Erdoğan also supports.

Hawrami also stated that after reaching an agreement with the central administration, Iraqi Kurdistan expects an initial payment of 1 trillion dinars from Baghdad to clear next week.

There are over 1,000 Turkish firms operating in Northern Iraq with an annual trade volume reaching 15 billion dollars.

"By beginning exports in October, after reaching the deal with Baghdad, we will be able to make our target to export one million barrels per day by 2015," stated Hawrami, explaining, "Northern Iraq aims to gradually supply Turkey with 15 billion cubic meters of natural gas."

Hawrami went on to state that it is by that time, that Iraq will need a new pipeline in order to transport the oil produced by both northern Iraq and the central government. "An oil pipeline with a capacity of 1 million barrels per day and a gas pipeline whose capacity is yet to be determined will both be built in Turkey by the first half of 2014," he said.

One-third of Turkey's natural gas to come from Northern Iraq

In July, Ashti Hawrami announced that they were planning on beginning natural gas sales to Turkey within the next 18 to 24 month period and would start with providing one billion cubic meters in the initial phase.

Iraq supposedly has a three trillion cubic meters reserve which means that the amount brought into Turkey could reach 15 billion cubic meters. This would mean that one-third of Turkey's yearly need would be satisfied by Northern Iraq.

During his talk, Energy Minister Hawrami emphasized that this development will strengthen relations with Turkey and expressed that the petrol pipeline will have the capacity to transport one billion barrels per day and will carry oil produced by both northern Iraq and the central government.