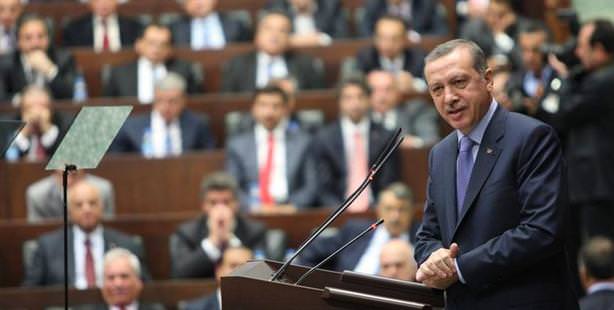 Commenting on Fitch’s upgrade, Prime Minister Erdoğan stated, “While nations with economies beneath ours have ‘A’ grades, it isn’t fair that our grade remains a ‘B’.”

Prime Minister Recep Tayyip Erdoğan remarked on the recent upgrade by Fitch Ratings to investment grade by stating, "While nations with economic indicators beneath ours have 'A' grades, it isn't fair that our grade remains a 'B'."

Speaking at an AK Party group meeting, Erdoğan said the Fitch's upgrade, although not enough is a sign of improvement on a previous error.

WE DO NOT WANT POLITICAL OR IDEAOLOGICAL BASED RATINGS

Stating that credit ratings institutions need to undergo a restructuring, Erdoğan said: "We do not want a political or ideological approach in ratings. Tell us what the real numbers show. You do this for Greece, now come do this for Turkey. However, the assessments they make on virtual tables are deceiving to the world. It puts those who invest in those nations in a difficult position. We feel that in the future the United Nations and all other international establishments which have a say in the fate of other nations, need to undergo vast restructuring."

Prime Minister Erdoğan went on to state that they will take every measure they can to promote exports, considered to be a locomotive in Turkey's economy.