Turkey in the race against China for weapons exports 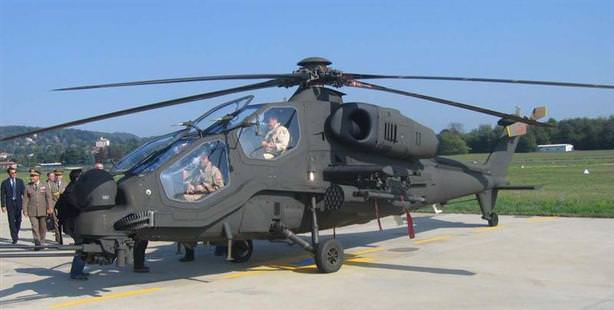 After leaving a number of nations in its wake, Turkey’s defense industry is now competing with the ranks of China.

A recent article in DefenseNews highlights Turkey's rivalry with China for sales in Pakistan's arms fair.
With a fast developing defense industry, having surpassed developed countries such as Israel and Italy in exports, Turkey has now set their sights on China. The article draws attention to the competitive rivalry between Turkish and Chinese firms showing at the İDEAS2012 defense industry fair being held in Pakistan.

DefenseNews, which publishes articles focusing on the defense industry, writes that Turkey and China are competing for orders, yet says that TAI is hopeful they will sell the T-129 to Pakistan.

The article released by DefenseNews, entitled " China and Turkey battle for sales in Pakistani arms fair" notes that this year's İDEAS2012 defense industry fair held in Karachi in Karachi, has seen a reasonably strong showing of interest despite the uncertain financial climate.

DefenseNews also noted that Turkish companies such as Havelsan, Yonca Onuk and Turkish Airspace Industries (TAI) are hoping to secure new contracts with the Pakistani military and mentions the important role played by Havelsan in the modernization of Pakistan's naval forces.

T-129 to Pakistan and South Korea

DefenseNews also commented on TAI's intentions to sell the T-129 attack helicopter to Pakistan, while also mentioning their confidence in Pakistan's interest in the model. "The Turkish defense ministry is very keen to promote the T-129 to potential foreign customers — and Pakistan and South Korea are key targets," writes DefenseNews.