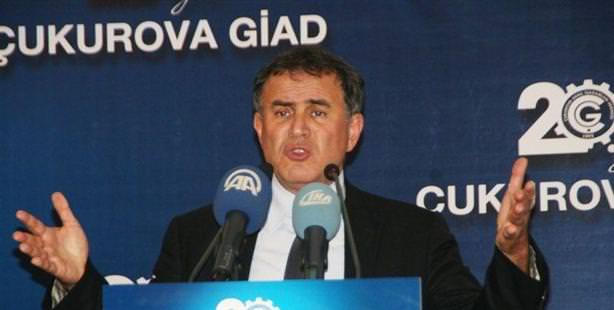 Calling Fitch's recent upgrade to Turkey's credit rating to investment grade "good news," Roubini states, "This means that more investors will be transferring in funds to the country. I think Turkey is on the right path."

Roubini was speaking at a conference held by the Çukurova Young Businessmen's Association (Çukurova GİAD) when he said that the situation Turkey is in now is much better compared to where it was ten years ago.

Noting that due to the 2001 crisis, Turkey's economy has seen trying times, Roubini says, "Turkey has a much stronger economy today." The famous economist went on to state, "At that time, Turkey suffered a series debt crisis. Today the rate of public debt is lower than that of the GDP. The Central Bank reserves are high and the banking sector is being well-regulated. The industrial base is increasingly varied and we have many more sophisticated firms," states Roubini.