A Turkish breeze a-blowin in the Maldives 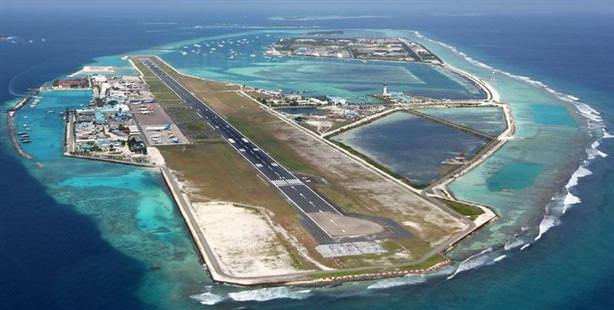 With the recent cancellation of GMR’s contract to develop the Ibrahim Nasir International Airport in the Maldivian capital of Male all eyes are now on Turkey’s TAV Airports for the takeover. Meanwhile, with Aydeniz Group having opened the most luxurious hotel on the island coupled by the recent initiation of flights by Turkish Airlines, tourism in the Maldives has been left to the Turks.

The key to the Maldives, the center of Asian tourism, is now in the hands of the Turks. What started with a Turkish firm opening the most luxurious hotel in the Maldives, the world's most famous vacation paradise, has now led to the Turks taking over the development of the door of the country to the world, the Male International Airport. Turkey's TAV Airports is getting ready to take on the operations of the Male International Airport, located in the capital of the Maldives.

In 2010, the development of the 2010 Male International Airport went to the highest bidder at 522 million dollars; India's GMR. The Maldivian government however has announced an infraction of the rules and has since terminated the contract with GMR, rendering it void and requesting the firm leave the country.

With GMR out of the picture; all eyes are now turned to the Turkish-French consortium TAV Holdings-Aeroports de Paris Management (ADPM) which came in with the second highest bid in the tender at 500 million dollars. TAV's bid for the airport tender equates to 30 percent of the Maldives entire national income of 1.8 billion dollars.

THE MOST LUXURIOUS HOTEL

Last year, Aydeniz İnşaat spent 110 million dollars on building the nation's most luxurious hotel, the Ayada Maldives Resort. The hotel not only contains a Turkish bath, but it also presents a number of Turkish-originating products such as Turkish coffee, nargile water pipes as well as Anatolian rugs. Meanwhile, another firm that has made a recent move in the Maldives is Turkish Airlines (THY) which just last week added the country to its extensive list of destinations.