A double standard in play on Iran sanctions! 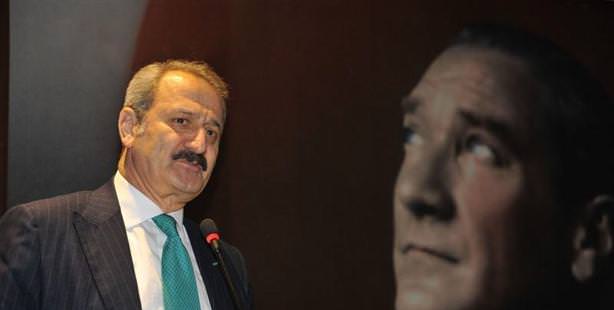 Pressured by Israeli lobbyists, the United States has widened the embargo in Iran, which provides for one fifth of Turkey’s gas supply, and is even attempting to put a halt on Turkey’s gold exports.

Meanwhile, British bank Standard Chartered, infamously known for having transferred 250 billion dollars on behalf of Iran, is getting off with just a 330 million dollar fine.

A ruling from the U.S. Senate on new sanctions includes measures aimed at stopping the flow of gold from Turkey to Iran. This contradiction has resulted in Turkey having to once again question the intentions of the U.S. and the global system in its entirety, after their respective images had seen improvement in the country in recent years.

The plan to halt Turkey's gas purchases from Iran, which was passed by the Senate following serious pressure exerted by Jewish lobbies the week prior, has resulted in upping the tension for Turkey. The U.S. Senate ruling in effect, puts 18.7 percent of the gas Turkey uses both industrially and in residences in danger. Basically, the tension between Iran and Israel has resulted in writing up a bill for Turkey's economy that will total billions of dollars.

There remains yet another paradox in the fact that one of the founders of StanChart is of Jewish heritage and is credited as being amongst the founders of the Israeli state. Speculation was that the U.S. would issue a fine of up to nearly 1.5 billion dollars in accordance with the nation's money laundering regulations. Analysts even speculated the fine could go up to 5.5 billion dollars.

Cormac Leech, an analyst at the London-based Liberum Capital Ltd. speculated the bank would suffer a 1.5 billion dollar fine from U.S. regulators, a one billion dollar loss in activities with Iranian banks and a three billion dollar drop in stock value due to departures of the bank's senior administration.

In response to the fine, Standard Chartered announced that these payments have brought their growth in 2012 from ten percent down to the single digits. Meanwhile, any growth figure Standard Chartered comes up with means that they are still experiencing growth even into their tenth year.

Forced to temporarily shut down its nuclear power plants due to the radiation leakage from Fukushima, Tokyo intends to solve its energy shortage with petrol. However, both the fragile financial structure coupled by the U.S.'s sanctions on Iran is making things difficult for Japan. The American administration is trying to put an end to Iran's nuclear program through issuing sanctions. It is within this framework that America has decided to enlarge the embargo on Iran to include the nations forced to import petroleum and natural gas from the country.

PETROL PURCHASES FROM IRAN SHOULD DROP

A U.S. Department of State source states that if nations purchasing crude oil from Iran do not want to be subjected to U.S. sanctions, they need to seek out means to further decrease the amount they purchase. The source referred to legislation signed by Barack Obama that went into effect last year, by saying, "The legislation foresees further cuts, and therefore we are requesting purchasers curtail gas purchases even further."

Economy Minister Zafer Çağlayan commented on the United States' stance on Turkey's gold imports to Iran by stating, "There is talk about the U.S. embargo. However, America's decision solely binds America. I am not a member of the United States. I am not a member of the European Union. Europe's rulings only bind Europe," stated Çağlayan, When asked if the U.S. decision to tighten sanctions on Iran would result in a drop in exports, Çağlayan says that they are stuck up on the fact that exports are being conducted to Iran by those growing economies which they can't find other means to criticize.