Employment and investment to be key budget items 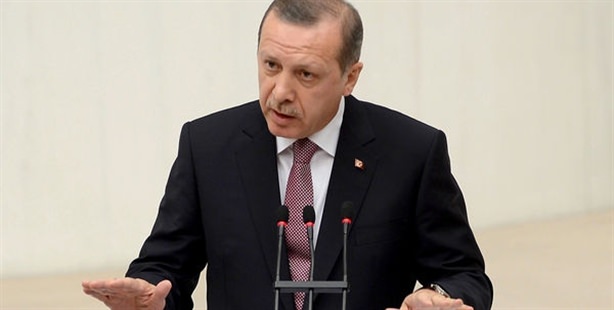 Employment and investments will be two items heavily focused on in the 404 billion lira budget for 2013. While additional jobs have been created for 93,000, 39 billion dollars have been designated for investments alone. Meanwhile, the educational allotment has increased six-fold over the past ten years.

The 2013 budget was presented to the Parliamentary General Assembly on Monday, which will deliberate the items over the next ten days. The proposed budget is heavy on concessions for investment and employment, which includes continued support for all segments spanning from laborers to public servants, from pensioners to students and from the impoverished to the unemployed. Public offices will be hiring an additional 93,999 people, while 39 billion out of the total 404 billion lira budget will be designated to investments and 26.4 billion liras will go to those living under the poverty line.

Presenting the budget for the Assembly yesterday, Finance Minister Mehmet Şimsek announced plans for 14,000 additional appointments amongst university teaching staff and personnel. Şimsek also emphasized that they have set aside one billion liras in resources for urban renewal, and went on to relay the following message for next year's budget:

INCOME TARGET OF 370 BILLION: Next year's budget expenditures will be 404 billion liras. The budget revenue is anticipated to be 370.1 billion, which means there may be a deficit of 34 billion liras. The year-end deficit for 2013 will be 0.8 percent higher than foreseen by the Mid-Term Program.

SUCCESS IN NO DEVIATIONS: This year the budget revenue is expected to be 329.2 million liras with tax revenue at 278.8 billion liras in accordance with budget expectations.

1.4 MILLION TO THE FATİH PROJECT: While 803 million liras were designated to the Fatih Project from this year's budget, next year that figure has been bumped up to 1.4 billion liras. A 67.9 billion in resources have been allotted to health services and the Social Security Administration.

SEVEN PERCENT IMPROVEMENT IN THE CURRENT DEFICIT: The improvement of the current deficit is expected to slow, reaching near seven percent by the year's end.

6.3 BILLION TO COME FROM PRIVATIZATIONS: As of the end of this November, privatization turnover reached 6.3 billion liras. Out of that figure, 1.8 billion went straight to the treasury.

INFLATION PRESSURE DROPS: At the end of last year, inflation reached 10.5 percent. As of this November, it had dropped to 6.4 percent. Inflation in 2013 is expected to regress to 5.4 percent.

WE NOW LOAN OUT TO THE IMF

During his address at the Assembly for the start of budget deliberations, Prime Minister Tayyip Erdoğan, drew upon the AK Party's past decade of economic performance. "When we took over, Turkey's IMF debt was 23.5 billion dollars. It is now 860 million dollars. Is it possible that 22 billion dollars could be paid back to the IMF where there are illegalities? Could we have risen to this position of actually providing loans to the IMF? We have put Turkey in the position of being able to stand up against the economic crisis of the century," stated Erdoğan.

The education budget has been increased by 20.7 percent next year to a total 68.1 billion liras. This means that the budget designated for education has increased six-fold since 2002, rising its total percentage in the budget from 94 percent to 17 percent