State social support on the rise in Turkey 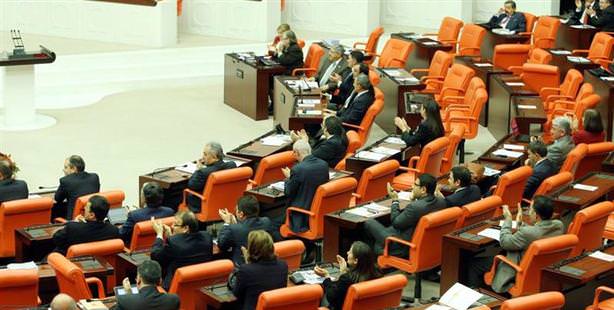 Tradesmen premium debt will be restructured, 500,000 Turkish youth will have access to health services and clemency has been granted to those who have benefitted from others' insurance.

The new Social Security and General health Insurance Law was passed by the parliamentary General Assembly the night prior. The bill brings good news to nearly 4.5 million citizens. Five-hundred thousand high school graduates will now be offered health services, while 600,000 tradesmen will benefit from premium debt restructuring. The following are a number of radical social security reforms, including not billing those who have combined their insurance with others:

500,000 STUDENTS TO RECEIVE HEALTH SERVICES: Recent graduates of high school or its equivalent that will be beginning higher education the same year will be able to benefit from 120 days of medical coverage.

CLEMENCY FOR THOSE WHO USE OTHERS' INSURANCE: Self-employed Bağ-Kur members who visit the doctor using the insurance of a close relation will no longer have to pay the debt incurred by the Social Security Institution.

PRIVATE HOSPITALS FOR TERRORIST VICTIMS: Those who have become disabled while trying to establish security and public order in the fight against terrorism and their wives will be able to go to private hospitals without having to obtain referrals from state hospitals and without having to pay any additional fines.

PARDON ON PREMIUM DEBT: The accrual on premium debt due to the changes prior to the October 1st, 2008 insurance period, will not affect the processing of pardons, deferment, phasing or restructuring.

Those who have opened up businesses that already receive Social Security (SGK) payments and do not pay into the premium will also now be subject to restructuring. Two-hundred and sixty tradesmen will be able to apply within three months of the law passing in order to have their premium debt restructured. Public servants who continue to work in public service even after they have retired will be able to set up staged debt payments.