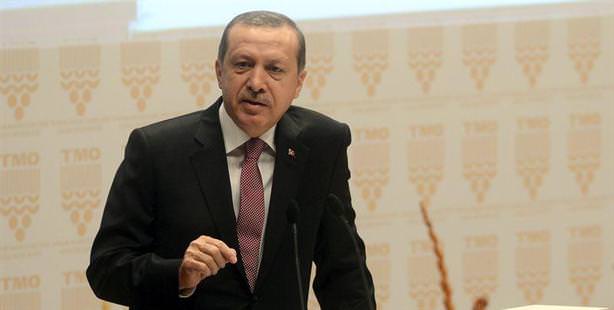 The government has made a 1.5 billion mega investment geared towards environmental safety and protecting the environment. Prime Minister Erdoğan recently criticized those who release waste in running water by saying, “This enters a class of barbarism. No one has the right to harm nature in this manner.”

The government has made a 1.5 billion dollar investment to protect the environment. The Ministry of Environment and Urban Planning held a launch ceremony for the inclusion of 389 purification and servicing vehicles as well as 365 facilities as part of the state's investment for environmental protection.

Prime Minister Recep Tayyip Erdoğan, Minister of Environment and Urban Planning Erdoğan Bayraktar and a number of other ministers were in attendance at the ceremony held Thursday. Speaking at the opening, Erdoğan said, "311 municipalities and 21 provincial special departments were given 332 trash collecting and 55 environmental inspection machinery as well as two sewage trucks all valued at 60 million liras. In addition, a 324 million liras grant has been set aside for infrastructure work in 2,200 municipalities." Erdoğan also noted that they have also opened a series of medical waste facilities of varying sizes throughout the Marmara region as well as 211 infrastructure facilities worth 629 million liras commissioned by the Provincial Bank.

Minister of Environment and Urban Planning Erdoğan Bayraktar explained that 875 million liras worth of the investments being opened were conducted by the General Directorate for Environmental Management, while the remaining 625 million liras investment was made by the Provincial Bank. Bayraktar also noted that the nation's recovery plants, which have now reached 956 in number, will contribute an added value of one billion liras annually to the country's economy.

COMMUNITY FACILITIES TO BE SHUT DOWN

Prime Minister Erdoğan also attended the launch of the Food, Agriculture and Livestock Ministry's 'Campaign for Preventing Waste of Bread.' Speaking at the campaign launch, which aims to raise global awareness to the connection between hunger and food waste, Erdoğan stated, "The existence of community facilities for the public is causing a profuse abuse of real estate. Public holiday facilities remain empty for months. If employees are going to be given vacationing opportunities it should be done so through deals with hotels." Erdoğan also pointed out that 1.5 billion is being thrown in the trash as wasted bread."