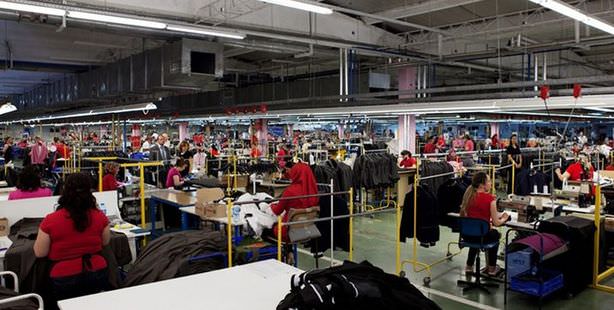 Turkish barons are offering a way out for Eastern European firms, which due to the financial crisis are now on the threshold of bankruptcy. The 150 employees of one such firm, Bulgarian textilers Markolana, are awaiting Turkish investors to pull them out of the mire.

Turks are offering a source of life support for a number of Eastern European firms that are buckling under the financial crisis. After saving Macedonia's Swedmilk, Montenegro's Zeljezara AD Niksic and Slovenia's Radece Papir, this time Turkish barons have become a source of hope for the employees of the Bulgarian textile factory Markolana.

Markolana, which is situated in the Bulgarian industrial zone of Vratsa, has taken a big hit in the economic crisis. The firm, which was sold to the Italian Bolitelli family as part of the Bulgarian government's privatization program, has been unable to pay an electricity bill since 2011. The Bulgarian firm, which employs 150, has now decided to stop operating machinery.

While the judicial proceedings has begun for Markolana, once one of the world's leading blanket manufacturers, news that a Turkish businessman may be interested in purchasing the factory has become a source of hope for the 150 Bulgarians whose livelihood are in jeopardy. An article in the Bulgarian Standart Newspaper, reads, "A Turkish investor who is interested in the firm has become the sole source of hope for the families of the 150 impoverished employees which have no other means of support."

WE ARE BECOMING A LIFELINE

One of the most noteworthy acquisitions of a European firm grappling with strikes was Tosyalı Holding's purchase of an iron steel factory. Last year, Tos purchased Montenegro-based Zeljezara AD Niksis, a leading iron and steel producer during the Yugoslavian era.

Turkey's dairy giants, Sütaş has purchased Macedonia's Swedmilk, which was also on the brink of bankruptcy and Saray Matbacılık stepped in for Slovenia's 277-year-old paper producing firm, Radece Papir which also suffered greatly due to the economic crisis.