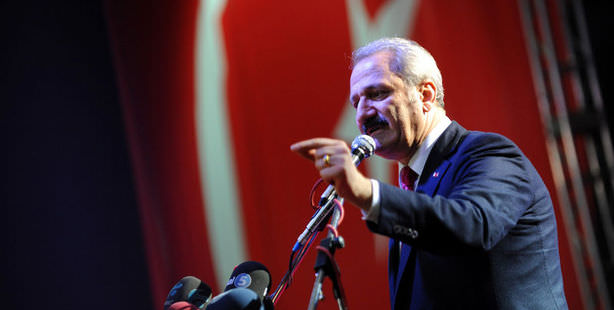 Announcing that Turkey’s exports in 2012 rose to 152.6 billion, Economy Minister Zafer Çağlayan points out that Turkey is the second highest nation for growth in exports out of the countries that have released their annual figures thus far.

Economy Minister Çağlayan has announced that Turkey broke a record in exports for 2012, having serviced 97 nations including China, the USA, Canada and Brazil.

''This is an enormous rate of increase. There are 20 nations that have released their 12-month foreign trade figures. Vietnam came in first with an 18 percent increase. Turkey follows with a 13.1 percent increase in exports year-on-year. The fact that we are in the top two spot for the highest increase in exports in 2012, a year in which global exports have finally settled, is an extremely important development. Our 2012 imports regressed by 1.8 percent to $236.527 billion dollars."

Pointing out that while in 2011 the export to import ratio was at 56 percent, it has now risen to 64.5 percent in 2012, Çağlayan states, ''Our objective is to bring this figure up to 80 percent in the long term. We are working with the Ministry of Economy and our Government as well as other related ministries in order to achieve this."

''THIS IS ALL OF OUR SUCCESS"

Minister Çağlayan says that although these figures are solely pertaining to merchandise trade, when the figures for services exports are released two weeks from now, we will also witness that the anticipated $41 billion figure will be a record breaker.

"The Turkish economy grew in 2012 with exports. In the first nine months alone, exports contributed 4.6 points to the nation's economic growth. Exports empowered the economy, provided employment, established growth and decreased the current deficit. With the number nearly reaching 55,000, our exporters, all of our industrialists, agriculturalists, miners and logistics play an important part. This success is all of our success and I wish our nation great luck," stated Çağlayan.

Minister Çağlayan also underlined the contribution the past four years' of efforts have made to diversify the market and said that according to the initial calculations for 2012, up to nearly $11 billion was a direct result of this.

"The voice of Anatolia is rising as well when it comes to exports. A number of our provinces are breaking records in exports. A total of 45 provinces, including Diyarbakır, Konya, Şırnak, Manisa and Malatya have broken highest export records in 2012.

Turkey has shown today that it will be able to reach its 2023 targets. We will be exporting $500 billion in merchandise by then. I want to express my gratitude to each and everyone who has played a part in this success," Çağlayan.