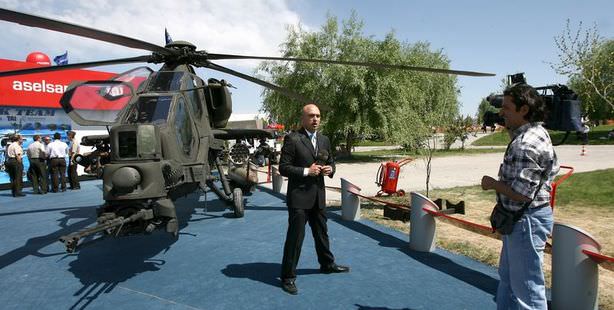 The Turkish Aerospace Industry (TAI) has signed on to its first international success with the national ATAK helicopter. TAI will now be producing 60 T-129 ATAK model helicopters for Azerbaijan.

Turkey has signed on to its first international success with the ATAK national helicopter. The Turkish Aerospace Industries (TAI) entered an Azerbaijani fighter helicopter tender with its ATAK model, which will be mass produced this year. Turkey's ATAK helicopter won the tender against South Africa's Ah-2 and the Russian-made Mi-28 Havoc helicopter and now TAI will be producing 60 T-129 ATAK helicopters for Azerbaijan.

The joint Turkish-Italian manufactured ATAK reaches 300 kilometers an hour and is able to fly in any weather condition, night or day. The helicopter's operational computer, which is considered to be its most important unit, will be entirely domestically-made. The cost of 60 helicopters is expected to reach three billion dollars. After Azerbaijan, TAI also aims to export to the United Arab Emirates, Malaysia, Pakistan and Jordan.